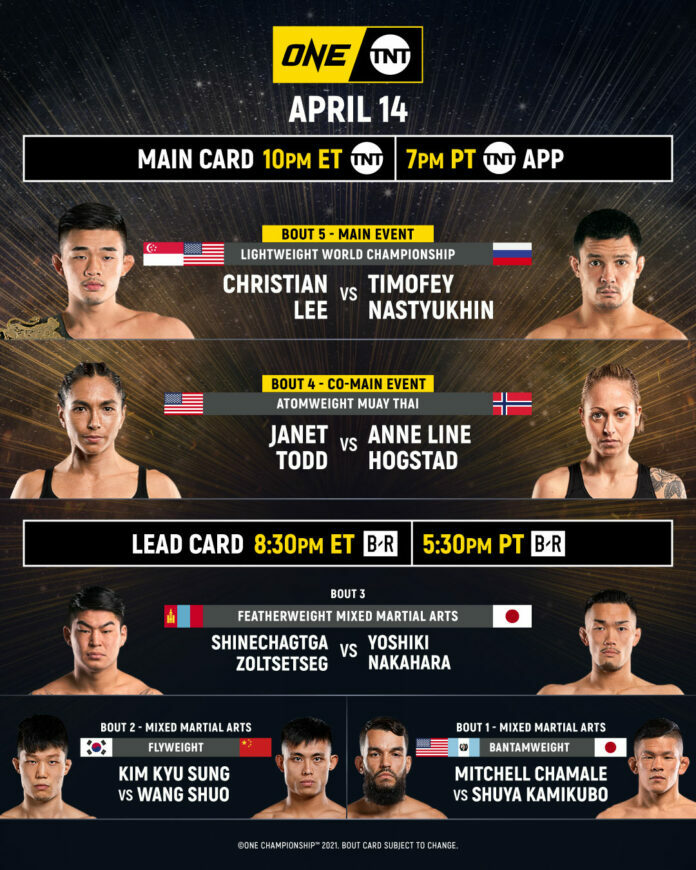 ONE on TNT II Championship returns to TNT on April 14 for another action-packed event as Christian Lee puts his title on the line against Timofey Nastyukhin in the main event. MMASucka will bring up-to-the-minute results as they happen.

Last week, ONE Championship made its U.S. debut on TNT, bringing fight fans two hours of mayhem and madness. We saw Eddie Alvarez disqualified in his bout against Iuri Lapicus. Longtime MMA official and current Bellator commentator “Big” John McCarthy later gave his thought about the decision to DQ Alvarez, saying “You’re not using your brain.”

In the co-main event, Adriano Moraes knocked out Demetrius Johnson for the first time in his career. This fight taught fight fans that downed opponents can still be hit or kicked during a bout in this organization. It was quite shocking news for UFC fans.

It’s safe to say you want to be there to catch ONE Championship as it goes down. Who knows what we’ll see on Wednesday night?

ONE Championship’s poster boy Christian Lee put his title on the line as he battled Timofey Nastyukhin in the main event. Nastyukhin knocked out Eddie Alvarez in his debut fight. His hunger and knockout artistry were no match for the poster boy. Lee defeated Nastyukhin in Round One. Lee holds a 93% finishing rate and the most wins and finishes in ONE Championship history?

By day, Janet Todd is an Aerospace Engineer. By night, she is the ONE Atomweight Kickboxing World Champion. She takes on Anne Line Hogstad with hopes for a second belt with the organization, this time in Muay Thai.

Five-Card ONE on TNT II Event

We also see bantamweights Mitchell Chamale and Shuya Kamikubo duke it out followed by a bout between Kim Kyu Sung and Wang Shuo. The final bout of the night features featherweights Shinechagtga Zolts battle Yoshiki Nakahara.

ONE on TNT II Full Card 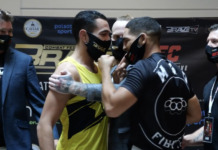