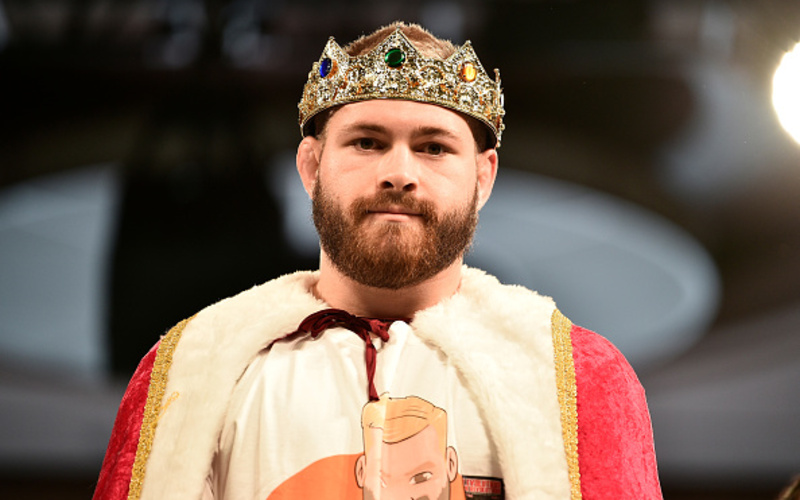 Gordon Ryan will make his highly-anticipated ONE Championship debut, and he will compete in a massive super match right away.

On Monday morning, ONE CEO and Chairman Chatri Sityodtong announced that Ryan’s organizational debut would be a grappling super fight against Shinya Aoki in an openweight contest on August 27.

BREAKING NEWS: Gordon Ryan will make his debut in ONE Championship against Shinya Aoki in an openweight grappling super match on August 27!

Ryan’s grappling career is among the most highly decorated. He is a three-time ADCC World Champion and three-time World No-Gi Jiu-Jitsu gold medalist. Gordon Ryan has not lost a grappling contest since dropping a bout on points in 2018 and has more than 140 career victories, including over his coach, highly decorated submission specialist, Garry Tonon.

But Aoki is no slouch on the ground.

Aoki is coming off dominant back-to-back wins over James Nakashima and Eduard Folayang. Both wins put him back in-line for a potential shot at the ONE Lightweight World Championship, but Aoki is focused on other challenges, including a potential matchup with Sage Northcutt.

Aoki’s latest victory, against Folayang, came on ONE’s grand stage of ONE on TNT IV.

The grappling super match will be one of Aoki’s most significant opportunities to date. It will also challenge the incoming American as he steps onto the global stage of ONE for the very first time.

Gordon Ryan will have a significant size advantage in the meeting. The New Jersey native regularly competes at nearly 220 pounds, and it was the weight division where he won the 2019 ADCC World Championship along with his crown in the Absolute classification.

No matter the size, the Japanese legend is up for the challenge. And the two submission greats will collide in a can’t-miss submission super match that will be a spectacle to behold. Two enigmas in their own right, Aoki and Ryan will bring something unique to the fans when they collide inside the ONE Circle.

Stick around for more information on the August 27 card as it becomes available.