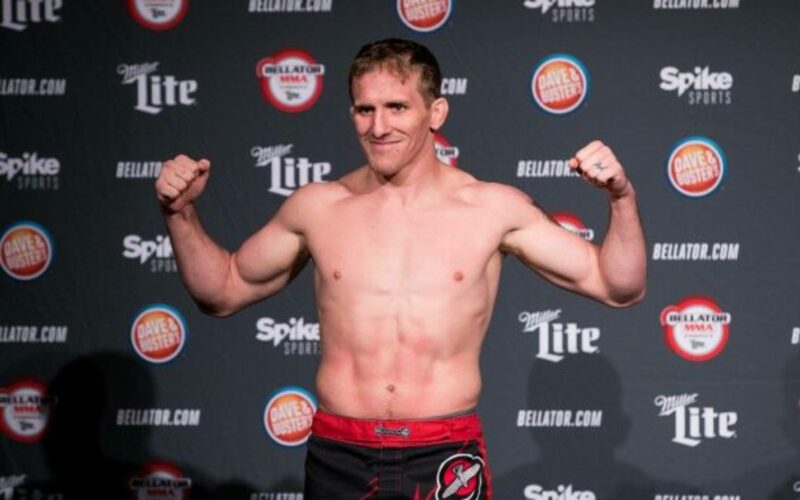 Alec Williams last competed in MMA in December 2017 at Bellator 189. A lot has changed for him over the course of the three and a half years since he last stepped in the cage, and will look to showcase a new and improved version of himself against Alex Black this Sunday on the main card of Fury FC 46.

A litany of reasons have kept the former Air Force Academy wrestler and current Brazilian Jiu-Jitsu brown belt out of the cage. Still an active officer in the Air Force, Williams was deployed for ten months to Iraq and Kuwait shortly following his last fight, a knockout loss to Mandel Nallo. Upon returning home, he switched gyms, now training at Brazilian Top Team Texas alongside UFC veterans Anthony Ivy, who will headline the event, and Ray Rodriguez. He has received fight offers throughout the course of the layoff as well. In fact, he tells MMA Sucka that he has received six different fight offers that fell through.

That all happened for Williams while becoming a new father. He welcomed his first daughter into the world shortly before his last fight, and recently welcomed a son in December.

“It changes a lot. Your view on things gets shifted and I think you get tougher mentally,” Williams tells MMA Sucka. “My daughter was born with a congenital issue in her legs. And I think that has really affected how I see success.”

When asked to elaborate, he continued: “Well, the word ‘can’t’ takes on a whole new meaning. Whenever I think I ‘can’t’, I remember she actually can’t. And that tells me to move until my body won’t respond anymore. Getting hit or the fear of getting hurt is really lessened by having kids too. I don’t worry about myself. I only care that they’re okay. And nothing is threatening them during my fight.”

Williams will be facing a short-notice replacement in Black, who has not fought in over four years himself. The LFA and Legacy FC veteran most recently fought at LFA 3, losing by knockout to Thanh Le. Although typically a featherweight, Black serves alongside Nallo as his tallest opponent to date at six feet tall.

When asked about training for such a unique opponent, Williams doesn’t give it too much attention. “He is very tall. But he normally fights at featherweight too,” Williams said, “So all in all, he’s a long skinny guy. We have some tall guys in our gym and I worked on getting inside on them. My opponent’s striking isn’t a strong suit so I’m hoping to take advantage of him there, height or not.”

Alec Williams on Fighting in Front of Dana White

Fury FC 46 will be the featured MMA event on an upcoming episode of Dana White‘s YouTube series, Dana White: Lookin’ for a Fight. With UFC 262 set to take place in the same city on Saturday, it makes sense for the UFC president to stay an extra day to scout some upcoming talent. While that may change many fighters’ mindsets going into the fight, Williams remains steadfast.

He said, “I’m ambivalent about him being there. I honestly believe I have the talent and skill set to fight at the top level. I’m there to show it every time. I hope my next fight will be in the UFC but, if he isn’t impressed enough, he will be in due time.”

That attitude seems par for the course for the self-proclaimed “pretty simple guy,” who says he is just doing what he loves.