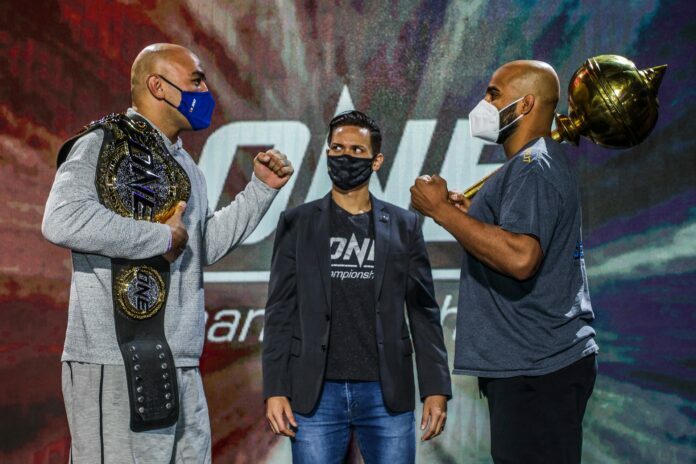 MMA Sucka has you covered for all your ONE: Dangal results.

The promotion will be bringing an Indian-styled event on May 15 at the Singapore Indoor Stadium. Five jam-packed fights of action and violence coming straight to you, featuring four fighters proudly representing India who will be fervent to bring victory for their home nation.

Don’t miss out on this card as it features a host of exciting fighters such as UFC veteran Brandon Vera and the popular “Killer” Bi Nguyen showcasing their fighting skills on One: Dangal.

In the main event, Brandon “The Truth” Vera (16-8) will be defending his heavyweight title against “Singh” Arjan Bhullar (10-1) who will be seeking to bring the belt back to India. Vera has been ONE heavyweight champion since 2015 and will be looking to defend his belt for the third time. Vera has not fought since October 2019. Bhullar went 3-1 in his UFC tenure before joining ONE Championship and got a win in his promotional debut back in October 2019. Bhullar has also not fought since that time.

In the co-main event, 21-year-old Thai phenom Tawanchai PK Saenchai Muaythaigym (124-30-2) will be facing off against Irishman Sean Clancy (44-17-1). The bout will be a Muay Thai fight with both competitors looking to make a great debut for themselves and possibly start a successful run towards the ONE Bantamweight Muay Thai Title, held by Nong-O Gaiyanghadao.

Follow along with MMASucka as we provide you with ONE: Dangal results throughout the card below

Ayaka Miura def. Rayane Bastos via submission (scarf-hold americana) at 2:58 of Round 1