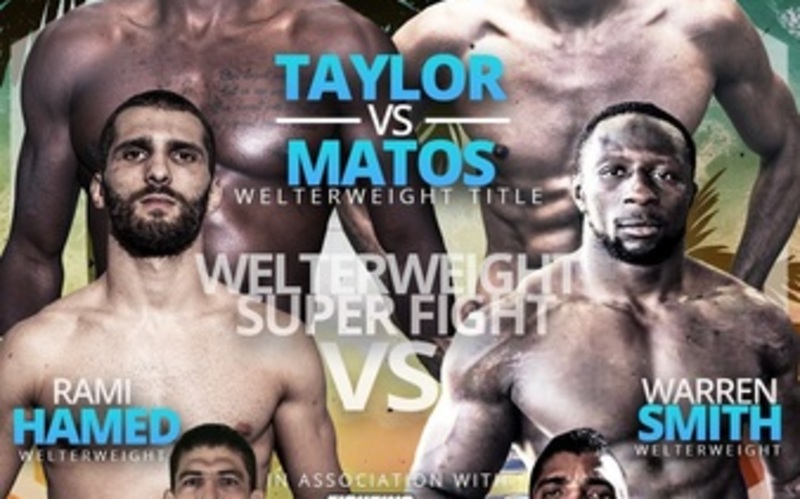 Titan FC 69, co-promoted alongside Fighting Force Promotions, will feature seven MMA fights and one kickboxing bout. The card will be televised today on the 13th of May, live from Santo Domingo in the sun-blessed Dominican Republic.

In the main event, American Dilano Taylor of Titan FC takes on the undefeated Dominican Carlos Matos of Fighting Force for the Titan FC welterweight belt. The co-main will see Rami Hamed pitted against late replacement Elias Santos, also at welterweight. Lucas Marte and Jhonasky Sojo will battle in the Fighting Force lightweight Grand Prix finals. Devon Dixon will fight against Oscar Diaz in a third welterweight bout, while Jaret Betancourt takes on Michael Polanco at flyweight. The main card is rounded off by a heavyweight kickboxing bout between Oscar Sosa and Luiz Mendez.
In the prelims, Sean Mora takes on Luis Peralta at bantamweight while lightweights Ty Kalista and Mike Olaya lock horns in the opening match.
MMA Sucka has your Titan FC 69 results, with the prelims beginning live on Titan FC’s Facebook page and the main card following on UFC Fight Pass. The action begins at 6pm ET/3pm PT.

Ty Kalista def. Mike Olaya at 1:56 of round 1 via submission (twister)

Luis Rodriguez def. Ronald Vasquez at 0:57 of round 1 via submission (rear naked choke)