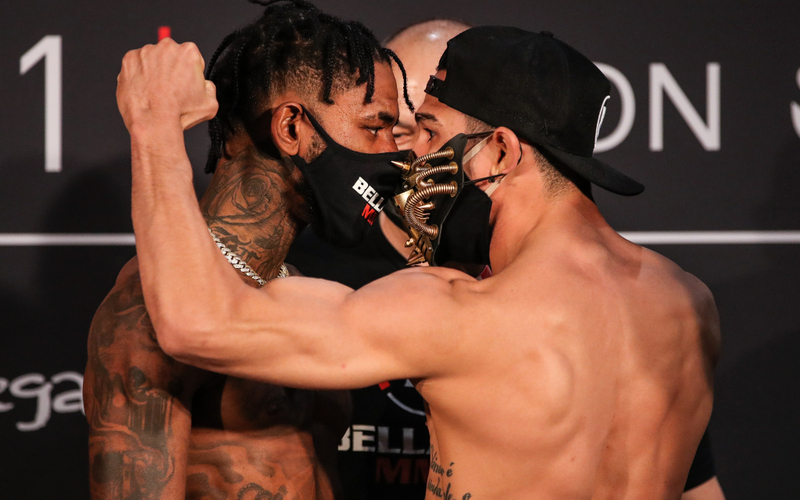 Another double-header weekend for our MMASucka staff picks has arrived. Action kicks off later tonight, May 21 with Bellator 259 taking place from the Mohegan Sun Arena in Uncasville, Connecticut. The main card will begin at 9:00pm ET (6:00pm PT) live on Showtime.

Featherweight gold is on the line in tonight’s main event between current champion Cris Cyborg and challenger Leslie Smith. The fight comes as a rematch, Cyborg having finished Smith by knockout in their 2016 UFC fight. Cyborg captured the divisional strap upon her promotional Bellator debut in January last year with a victory over Julia Budd. Tonight’s fight will be Cyborg’s second title defense attempt as she continues to establish her legacy as one of the best in MMA history. Smith looks to steal the show with a potential upset, contending for her first title since December of 2013. The Cesar Gracie Jiu-Jitsu fighter sits at 4-1 through her last five bouts, most recently defeating Amanda Bell in September.

Darrion Caldwell and Leandro Higo are set to battle at a catchweight of 137.5 pounds in tonight’s co-main slot. Former bantamweight champion Caldwell looks to rebound after a quick loss to A.J. McKee in November, resulting his elimination from the promotion’s featherweight Grand Prix. Brazil’s Higo looks to extend upon his two-fight win streak and avenge a prior defeat to Caldwell from 2018.

With Christian Edwards being pulled from the event, his fight with Ben Parrish has been scrapped entirely and will not be included in our picks.

Check out our staff picks for Bellator 259: Cyborg vs. Smith II below. 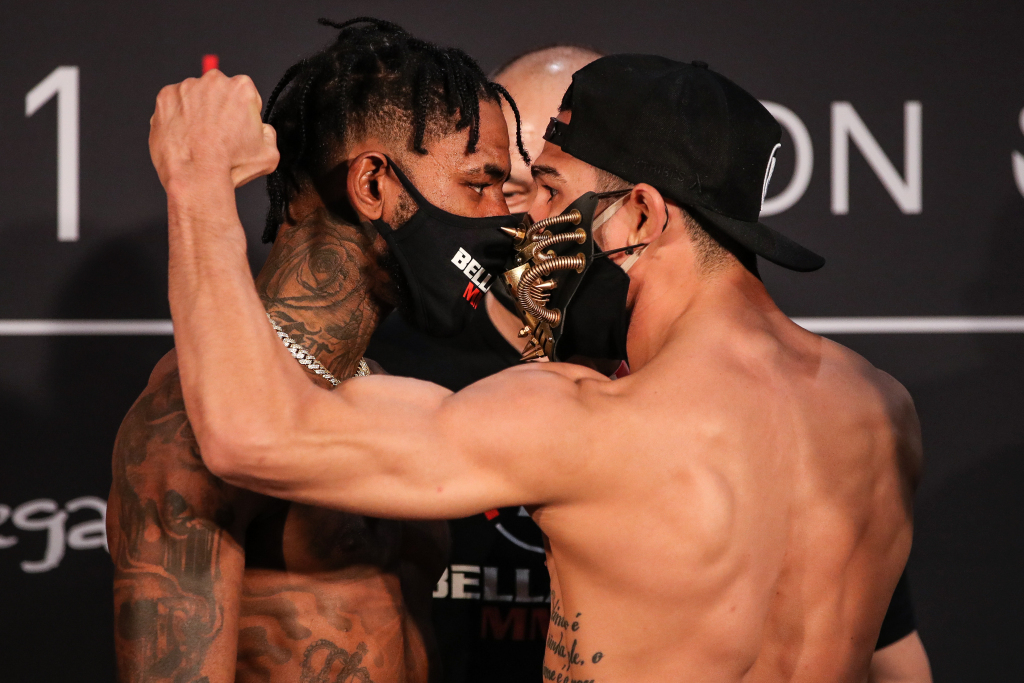 Darrion Caldwell (left) and Leandro Higo faceoff at weigh-ins ahead of their Bellator 259 fight taking place Friday, May 21 from the Mohegan Sun Arena in Uncasville, Connecticut (photo credits to Bellator MMA).