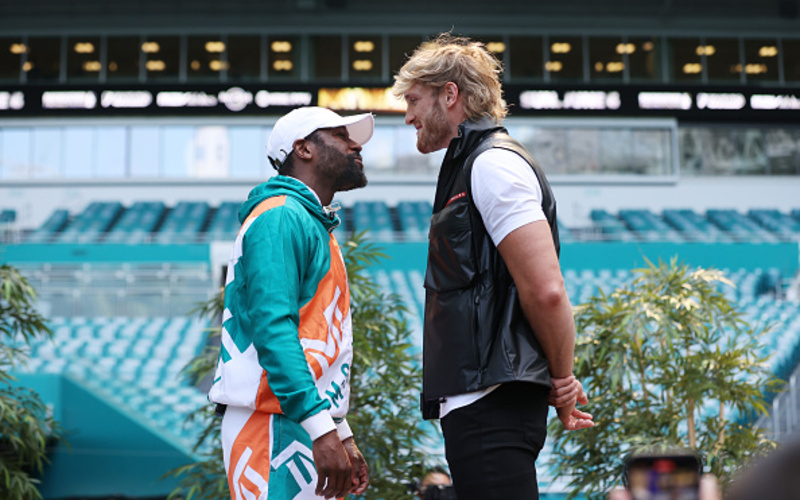 UFC President Dana White says the pay-per-view boxing match slated for June 6th between Floyd Mayweather Jr. and Logan Paul will be a “one-sided, ridiculous ass whooping” and a “bad night” for the 26-year-old YouTuber. He went on to say the fight will look like what a grown man could do to his kid.

Many others share White’s sentiments about the fight, including boxing legend Mike Tyson. During a recent interview as Logan Paul sat directly across from him, Tyson said “Floyd’s gonna beat his f***ing a**. But it’s gonna be good. It’s gonna be good, he’s gonna fight back though!”

It all goes down in Miami, Florida at the Hard Rock Stadium. Fans can purchase the fight, airing on Showtime and Fanmio for non-U.S. fight fans, for $50.  The pay-per-view broadcast starts at 8 p.m. ET/5 p.m. PT. Mayweather and Paul should make their ring walks around midnight ET.

Showtime says the exhibition fight will consist of eight, three-minute rounds with strict weight restrictions for both fighters. Per fight terms, five-weight champion Mayweather must weigh in under 160 pounds while Paul must weigh in at under 190-lbs.

Mayweather’s biggest disadvantage is the length of time since he last fought.

Mayweather’s Last Time in the Ring

Mayweather holds a 50-0 record, although this fight will not count toward his record because it is an exhibition match. Rightfully so, no commission would ever sanction a fight with such a weight disparity. Logan Paul holds a 0-1 professional record.

We last saw Mayweather in the ring professionally in 2017 as he squared off with UFC star Conor McGregor. As expected, Mayweather won the fight, although the win came by TKO in the 10th round.

Mayweather fought in an exhibition match versus kickboxing champion, Tenshin Nasukawa in Japan back in December 2018, winning via first-round TKO.  Mayweather smiled and toyed with his opponent for less than one minute before pounding Nasukawa around the ring, prompting his corner to throw in the towel.

Mayweather’s last serious fight came in 2015 as he faced off against Andre Berto. Mayweather dominated the welterweight championship fight billed as “High Stakes,”  winning the bout via unanimous decision.

Betting on the fight? Curious who will walk away with bragging rights?

Mayweather has a -1600 money line. That means you win $100 if you bet $1,200. This money line gives him an implied chance to win of 94%, although the odds are closer to 99%. OddsShark gives Logan a 12.4% chance of winning the fight. These numbers can -and do – change, although Mayweather’s lead won’t shrink enough to make a difference.

Badou Jack’s rematch with Jean Pascal slated for the June 6th event has been postponed after Pascal tested positive for three different steroids. Jack made the light-heavyweight fight announcement on his social media account. The pair originally met in 2019, earning Pascal a split-decision win.

Jarrett Hurd takes on Luis Arias in a junior middleweight fight. Hurd (24-1, 16 KO) was last seen in the ring in 2019 when he was defeated by Julian Williams. He made a return in January 2020, boxing his way to a decision win. Hurd says he plans to dominate Arias in the June 6th fight and is not committing to using any one particular fighting approach to accomplish that.

Follow me on Twitter @AmandaG_LWOS for all the latest Mayweather vs. Paul updates and news, as well as MMA and UFC news.