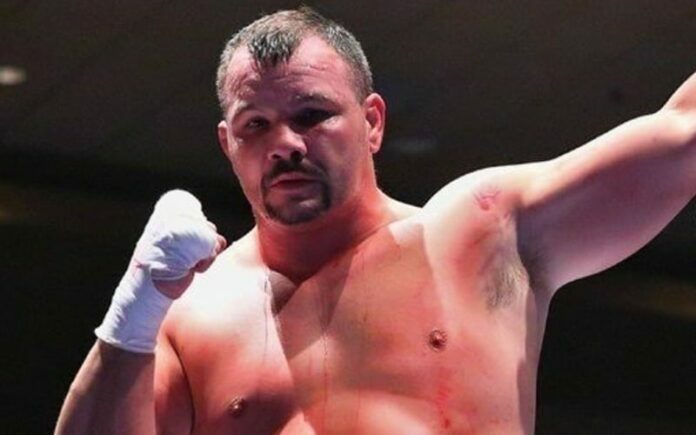 In February, former MMA fighter Travis Jon Fulton, 43, of Parkersburg, IA, was charged with sexual exploitation of a child and receipt and possession of child pornography in incidents involving a minor after Grundy County police received a tip in November that Fulton had sexual contact with a minor and possibly recorded the incident. Police obtained a search warrant the next day.

In March, officials added a second charge of sexual exploitation of a child and receipt and possession of child pornography was added to the original charge after a second victim came forward.

The child pornography allegations go back for several years, dating back to 2013.

Attorney’s for Travis Jon Fulton asked a federal judge to toss out evidence in the government’s child pornography case against their client, arguing that investigators went beyond the scope of a search warrant when they seized electronic devices from his home.

Officers applied for a search warrant for Travis Jon Fulton to include bedding, DNA, and electronic equipment, however, the state court judge signed a warranty that only mentioned DNA and bedding, Fulton’s attorney’s argued.

Attorneys argued that only the bedding was authorized for seizure by the search warrant order. The government argued that the electronic items were inadvertently left off the original warrant, but were included in both the application for the warrant and in follow-up search warrants signed by the same judge.

None of the arguments made for or against Travis Jon Fulton mattered: a federal judge declined the defense motion because it was filed after the deadline.

Fulton pleaded not guilty to the charges. He also awaits state trial for a 2019 domestic violence incident in which state officials say he violated the terms of his pretrial release by leaving the state without the court’s permission to participate in a sanctioned MMA event in Topeka, Kansas.

In January, former two-division UFC champ BJ Penn was arrested on suspicions of DUI, the second incident of the kind in a year for the fighter.

UFC fighter Irwin Riveria was also arrested in January on murder charges. Riveria told police that he killed his sister after a higher power told him to do so.

Hours after making his Bellator debut on May 9, former UFC fighter Anthony Johnson was arrested on charges of ID theft.

Undefeated UFC heavyweight Dmitriy Sosnovskiy will spend 8 1/2 years maximum after he was found guilty of kidnapping and extorting a Moscow businessman.

ONE Championship featherweight, Phoe Thaw, injured himself when a homemade bomb exploded. He was arrested after the incident.

Be sure to come back to MMA Sucka for the latest on the Travis Fulton case. You can also follow me on Twitter @AmandaG_LWOS for MMA/UFC updates and information.