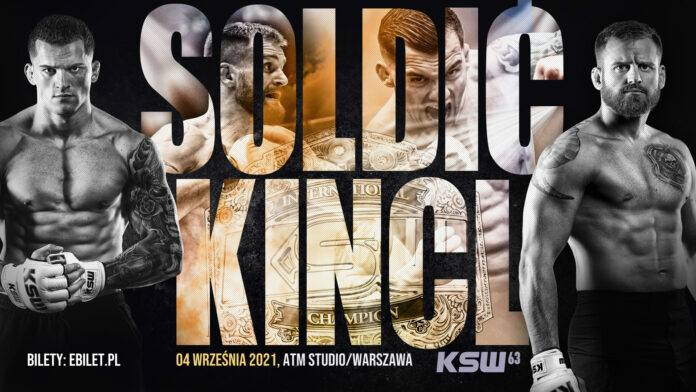 We have your KSW 63 results. The card will be televised today on the 4th of September live from Warsaw, Poland, featuring nine bouts of mixed martial arts action.

In the main event Croatian sensation Roberto “Robocop” Soldić will battle Czech warrior Patrik Kincl for the KSW Welterweight Championship. Both fighters come off of five fight win streaks. Soldić is a notorious knockout artist, having recreated the feared southpaw double attack of his countryman Mirko “Cro Cop” Filipovic. Kincl will be seeking to steal Soldić’s belt and hype for himself.

KSW 63 will also see former KSW bantamweight champion Antun “Killer” Račić pitted against Jakub “Masa” Wikłacz. Račić was on a seven-fight win streak before he was beaten by current champ Sebastian Przybysz, and Wikłacz was on a six-fight win streak before also losing to Przybysz. If either want vengeance on Przybysz they will have to emerge victorious in this bout. Račić has shown grappling chops especially against UFC alumni Damian Stasiak but he has his work cut out for him when he takes on Wikłacz, who has 8 submissions out of his 11 victories.

Roberto Soldić def. Patrik Kincl by TKO (ground-and-pound) at 2:55 of round 3

Jakub Wikłacz def. Antun Račić via submission (guillotine) at 1:55 of round 1

Tomasz Romanowski def. Aleksandar Rakas via KO (punch) at 1:59 of round 1

Emilia Czerwińska def. Weronika Eszer via TKO (ground-and-pound) at 3:50 of round 2

Damian Piwowarczyk def. Marcin Trzciński via submission (short choke) at 2:07 of round 2