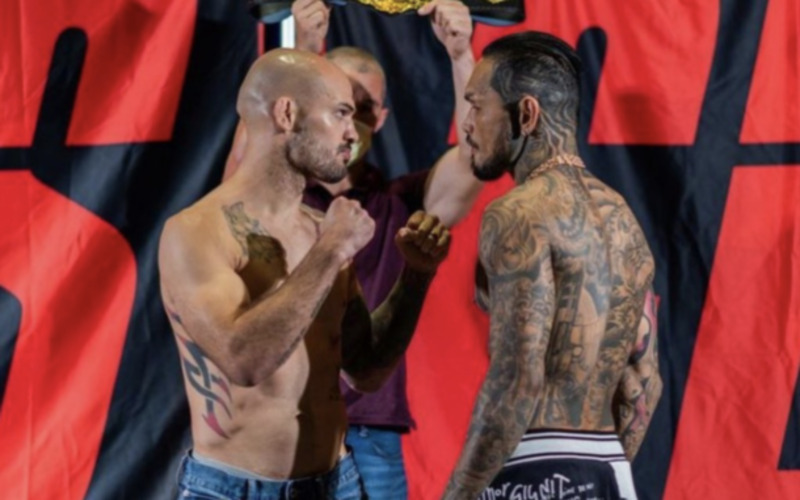 MMA Sucka will have the CES 64 results and updates right here and can be found below. CES 64: Bessette vs. Dela Cruz will be broadcast live from Connecticut Convention Center in Hartford, Connecticut, and can be seen on UFC Fight Pass on Friday, Sept 17, 2021, at 8:00 PM ET/5:00 PM PT. CES 64 will feature 10 MMA bouts, including two title fights.

In the CES 64 main event, the CES MMA Lightweight Championship title will be on the line when “The Mangler” Matt Bessette will face off against the dangerous Ryan Dela Cruz. Bessette has spent some time in the UFC and Bellator, but tonight he will fight in CES. His opponent, Dela Cruz, is currently on a two-fight win streak and will be looking to make it a third.

Also on this MMA card will be the CES MMA Bantamweight Championship when “That Guy” Josh Smith defends his title against fellow American countryman “Savage” Jason Perrin. Both of these bantamweight fighters are on win streaks and will look to add more W’s to their record and a belt across their waist.

Additionally, two-time Dana White’s Contender Series competitor Justin Sumter will return to action looking to snap a two-fight skid against 7-1-1 Albert Tadevosyan in the Armenian’s first fight since 2016. Plus, a pair of Bellator vets in the women’s bantamweight division will also be featured as Alexandra Ballou faces off with Gabriella Gulfin.

The rest of the card is filled with regional talent as well as some professional debuts. Many fighters looking to make an impact at CES 64. Follow along with MMA Sucka as we provide you with CES 64 Results throughout the card.

Matt Bessette def. Ryan Dela Cruz via Submission (Reverse Trianlge) in Round 3 at 4:48 — for the CES MMA Lightweight Championship

Jay Perrin def. Josh Smith via Submission (Rear Naked Choke) in Round 2 at 1:27– for the CES MMA Bantamweight Championship

Justin Sumter def. Albert Tadevosyan via Submission (Rear Naked Choke) in Round 1 at 2:20.

Eddy George def. Rodolfo Barcellos via TKO (Strikes) in Round 1 at 1:27.

Harris Bonfiglio def. Kyle Lindner via Submission (Rear-Naked Choke) in Round 1 at 2:14

Nate Ghareeb def. Eduardo Rodrigues via TKO (Strikes) in Round 1 at 4:31.