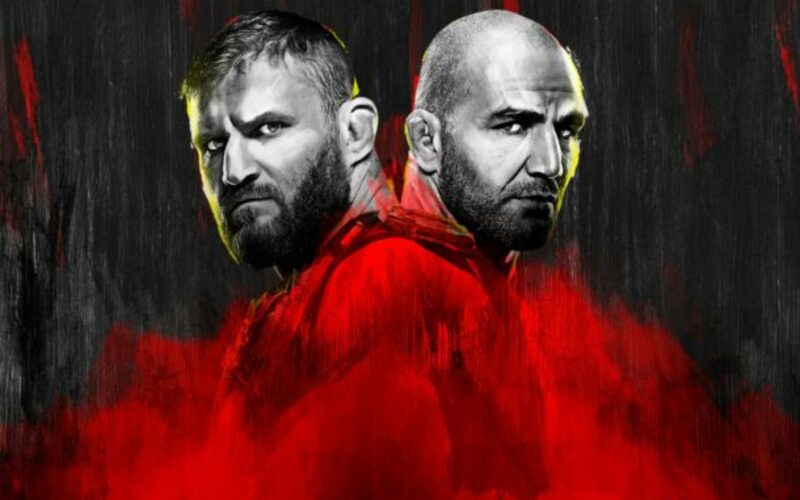 Given how much exciting sport there has been already this year, you’d be forgiven for thinking that 2021 didn’t have too much more to offer. However, that would be a very wrong assumption indeed. In the world of cricket, there is the T20 World Cup in Dubai beginning on the 18th of October, and the Ashes due to start on the 8th of December, as England visit Australia hoping to win back the famous ern.

The end of October sees the Rugby League World Cup begin, with the Australian side hoping to retain the trophy. Then we also have the end of the Formula 1 season to look forward to, as it appears the World Championship might not be decided until the final few races of the season.

That’s not all. In the world of MMA, there are plenty more events still to take place before the end of 2021. On the 16th of October, there is the UFC Fight Night held at the UFC Apex in Nevada. The main event is in the Women’s Featherweight division, which sees Aspen Ladd take on Norma Dumont. Also on the main card is a Heavyweight bout between the vastly experienced Andrei Arlovski and Carlos Felipe, while seasoned pro, Jim Miller rakes on Erick Gonzalez in a Lightweight fight. The following week is another UFC Fight Night, where the main event sees Paulo Costa take on Marvin Vettori, two popular Middleweight fighters.

While these events are certainly going to be intriguing and watched by millions worldwide, the one that MMA fans will really be looking forward to is UFC 267, which is being held on the 30th of October, at the Etihad Arena in Dubai. There are plenty of exciting and potentially unpredictable fights happening at this event, so fans should check out all the UFC fight odds to see what sort of odds are available for each fight. Let’s preview some of the main bouts that we’re excited to see at UFC 267, to see if we can possibly predict an outcome in any of them. 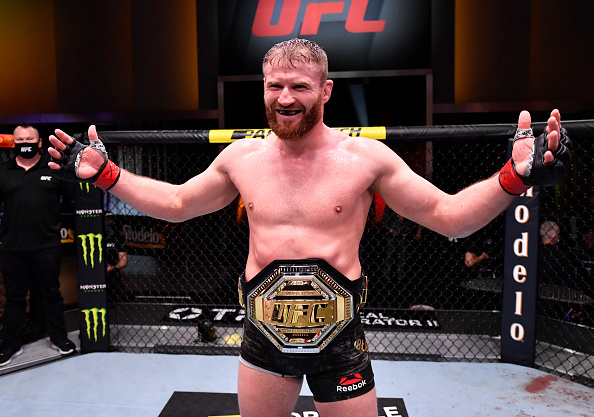 LAS VEGAS, NEVADA – MARCH 06: Jan Blachowicz of Poland celebrates after his victory over Israel Adesanya of Nigeria in their UFC light heavyweight championship fight during the UFC 259 event at UFC APEX on March 06, 2021 in Las Vegas, Nevada. (Photo by Jeff Bottari/Zuffa LLC)

Blachowicz and Teixeira face off

On the main card, the top billing goes to a Light Heavyweight event, which sees Jan Blachowicz face off against Glover Teixeria. Blachowicz, a 38-year-old Polish fighter, has been in MMA since 2014, with his first appearance coming at UFC Fight Night 53. He has a solid record, winning 28 of his 38 matches, winning his most recent event against Corey Anderson at Fight Night 167, where he won performance of the night.

Teixeria meanwhile also is coming into this event on the back of a victory, where he beat Thiago Santos. The match had to be postponed several times, as first the 41-year-old  Brazilian contracted COVID-19, then Santos in turn also tested positive a few weeks later. Teixeira has an overall record of 32 wins and 7 defeats in his MMA career.

On paper, this one looks fairly even, with both fighters coming into the event in good form, and with similarly impressive overall records. Will Teixeria’s age catch up to him at this point? Will Blachowicz tire the Brazilian out before going in for the kill? It’s almost too close to call.

Number of other interesting fights on the undercard

While Blachowicz v Teixeria is clearly the main event, there are still plenty of other top fights happening at UFC 267 for fans to be eagerly anticipating. Also on the main card is the Bantamweight event between Petr Yan and Cory Sandhagen, and the Lightweight fight between Dan Hooker and Islam Makhachev.

Yan is the former Bantamweight Champion and is currently ranked #1 in the UFC bantamweight rankings, with an impressive record of 15 wins and only one loss in his 17 fights. His opponent Sandhagen is currently ranked #3, with a slightly inferior record of 14 wins and 3 losses in his 17 fights. Given Yan appears desperate to claim back his Champion status, we imagine that he will come out all guns blazing here, and be looking for an early knockout if possible.

In the Hooker v Makhachev fight, we have another tasty tie between two fighters who are almost side by side in the official rankings. The Russian fighter Makhachev is ranked #5 and has won 20 of his 21 fights, only losing to Adriano Martins at UFC 192. Hooker meanwhile has lost 10 of his 31 fights, including at UFC 257 against the newcomer Michael Chandler. It seemed like he would retire following this loss, but he picked up the gloves again to fight Nasrat Haqparast at UFC 266, where he came out with a win via a unanimous decision. Even so, we expect Makhachev to be the winner in this fight, as he seems to have more drive and deserve to move himself up the official rankings.