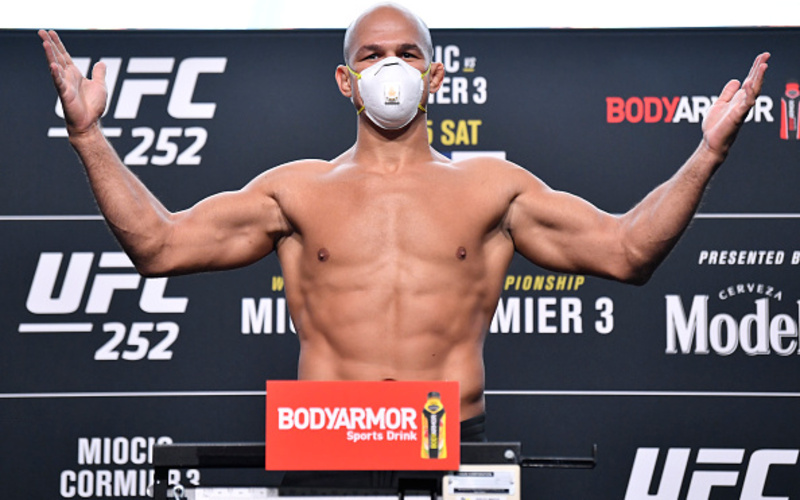 With his pro wrestling debut for the modern-day WCW promotion that is All Elite Wrestling, Junior dos Santos is already looking ahead to what’s next after this weekend’s tag match that he is participating in.

Dos Santos did an interview with ESPN’s Marc Raimondi today where he discussed his future plans when Raimondi asked about him returning to combat sports.

“We’ll see you know…boxing I think would be the way to go. I’m a boxing guy as everyone knows but I’ve never had a professional boxing fight.”

Junior dos Santos went on to further explain that with this next step of his career he wants to make sure that things are done right and he’s already getting some offers from promoters.

There are several fights that make sense for him, despite no leaks or reports of these, they would be fun matchups for him.

The storyline for this would be tremendous, no? The pair were originally scheduled to compete at UFC 146 but Overeem tested positive for a banned substance and Frank Mir stepped in. It’s a matchup MMA fans have wanted to see for a while and in boxing, or kickboxing, ring it may finally happen.

Not to mention the timing with Overeem pulling out of his big GLORY matchup with Rico Verhoeven, the timing is perfect for Junior dos Santos.

Let’s hop on over the always wonderful BKFC side of things. Heavyweight champ Joey Beltran defends his title in November in the promotion’s debut in New York State and after that, there are no names in the BKFC heavyweight ranks to be excited about.

Junior dos Santos brings a name and a skill set that fans of boxing and MMA would flock to see in the brutal sport.

In what is probably the toughest matchup for Junior dos Santos, this may be the biggest money draw of them all.

He talks about wanting to do things right for himself which we of course understand, a big part of that includes financials. Fury’s name carries significant weight obviously, especially after what Tyson Fury did this past weekend, and because of that, this could be a fun pay-per-view event.

Fury has to get through Christian Hammer this weekend though and a loss in that matchup may make this fight more appealing for both men.