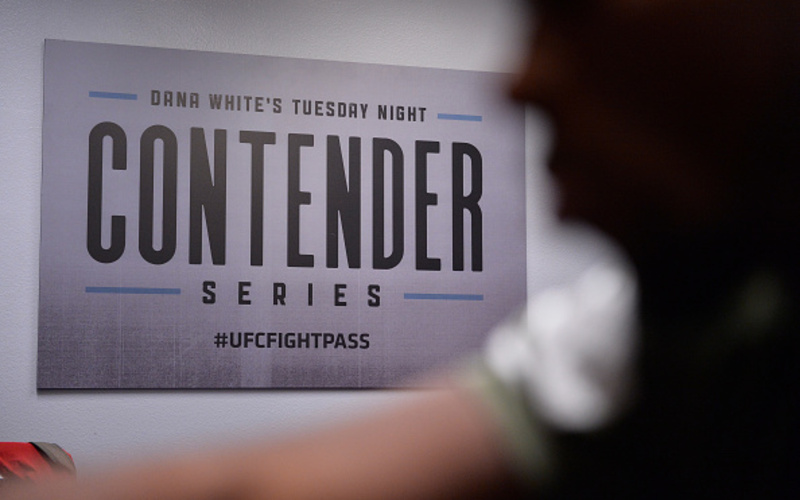 Dana White’s Contender Series is back for its weekly Tuesday night appearance live from the UFC Apex in Las Vegas. MMA Sucka will provide live results coverage for the cards entirety right here.

Headlining the five-fight card is a war between tenured CFFC veteran Solomon Renfro (8-1) and Syndicate MMA’s Jonny Parsons (7-2). When the 24-year-old, Renfro, steps into the cage, expect nothing but fireworks. Training out of Tiger Schulmann’s MMA, he regularly gets work in with high level talent and proves his worth time and time again. He makes the walk winning three of his last four by first-round finish, including back-to-back first-round knockouts. His lone loss came courtesy of Mike Malott, who earned a UFC contract just two weeks ago at Dana White’s Contender Series week 6. Renfro is obviously known for his quality fight game however, he’s done some good work on the mic in post-fight interviews with CM Punk. Renfro is in for one of his toughest tests yet in Syndicate MMA’s Muay Thai coach, Jonny Parsons. Parsons will make his walk riding a four-fight win streak, three straight by finish. The 30-year-old is a savage on the feet earning five of his seven wins by way of knockout and one submission due to strikes. Parsons always bring the entertainment factor in a scrap and he most likely will do the same with a UFC contract on the line. As a fan of the sport, enjoy this bout because it will be war for however long it lasts.

In tonight’s co-main event, Brazilian kickboxing standout, Valesca “Tina Black” Machado(8-2) takes on LFA strawweight champion Piera Rodriguez(6-0). After starting her career 2-2, both losses coming by split decision, Brazil’s Machado has won six in a row, four straight by way of knockout. The 26-year-old is ranked as one of the top 15 pound-for-pound female Brazilian fighters outside of a major organization. Doing her training in Rio de Janeiro at Equipe MSP, she works with the likes of Melissa Gatto as often as possible. She is in for a tough battle with the undefeated Piera Rodriguez. The 28-year-old Venezuelan is coming off huge victory at LFA 105, where she earned the LFA strawweight strap by finishing Svetlana Gotsyk. Like Machado, Rodriguez’s background is in kickboxing however, she has proved have a nasty ground-and-pound game finishing two of her opponents that way. The 28-year-old does her training at Black House MMA with the likes of Mackenzie Dern and Tabatha Ricci. In her six wins she has five finishes, all by knockout. Overall, this will be a fun scrap with a life changing opportunity on the line.

Some other notable names on the card are Caio Barrahlo(9-1), who makes his second Dana White’s Contender Series appearance in just three weeks, and undefeated Bulgarian finisher, Kaloyan Kolev(10-0).