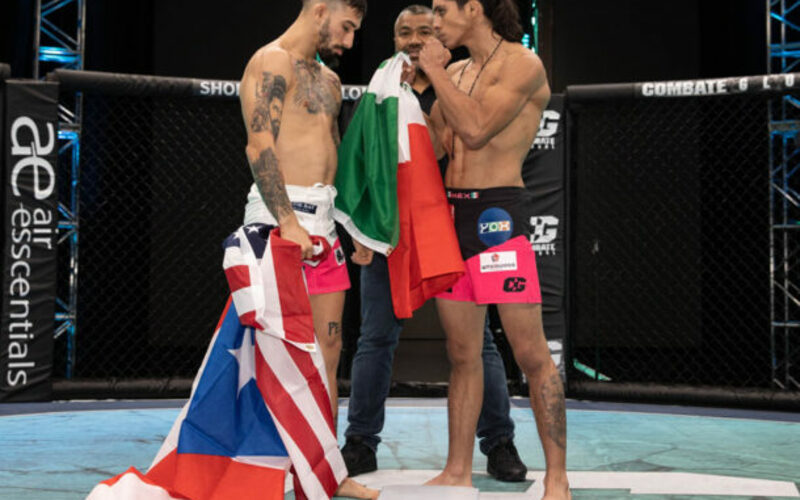 After a 1-2 start to his career, Hernandez (4-2) has been on a tear this year in Combate’s “La Jaula”. The 21-year old last month folded Carlos Tenorio with a body punch, setting up his first main event opportunity. Montanez (4-0) makes his Combate Global debut after three first-round finishes.

In the co-main event, Mellisa Amaya (0-0), a training partner of UFC bantamweight Julianna Pena, makes her pro debut against Giselle Garcia (0-0), who will also be making her pro debut and also fights out of Spokane, Washington.

Also on the main card, Chile’s Cristian Barraza (6-3) will face Mexico’s Diego Silva (3-2) at flyweight. “Cometin” Silva made his professional debut in May, and he is already entering his sixth fight tonight. He will look to snap a two-fight skid against “Scorpio” Barraza, who has also lost two in a row at Combate Global 14 and Combate Global 19.

Two Titan FC veterans face off at lightweight in the preliminary card headliner, as Cuba’s Angel Alvarez (3-0) tries to remain undefeated against Aruba’s Gerrick Bontekoe (4-2), who will look to rebound from a loss in his last fight back in February 2020.

Melissa Amaya def. Giselle Garcia Villanueva via TKO at 2:11 of Round 1

Christian Barraza def. Diego Silva via submission (armbar) at 2:01 of round 1

Dorian Ramos def. Isaac Villegas via TKO at :34 of round 2

Maxmiliano Gonzalez def. Bryce Gamboa via submission (rear naked choke) at 3:54 of round 2