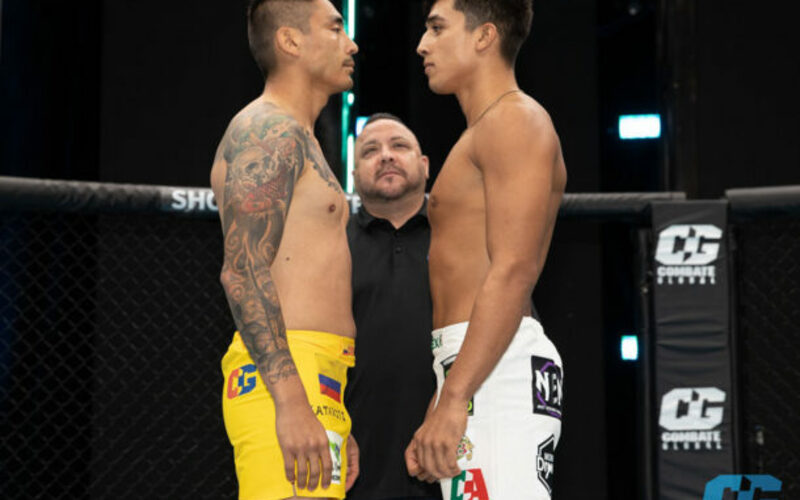 Combate Global returns again tonight with Combate Global 19, taking place live from Univision Studios in Miami, Florida. A 150-pound catchweight battle takes place in the main event, as highly-touted prospect Cristian Perez takes on his toughest challenge to date in Brave CF veteran Dumar Roa. “Puas” Perez is undefeated to start his career, with all five professional fights coming under the Combate banner and all but one of them ending in a submission. “Corazon de Leon” Roa has 27 fights’ worth of experience, including recent bouts against UFC veterans Ian Entwistle and Masio Fullen. He has lost two of his last three bouts, but will look to right the ship in the main event.

Another hot prospect takes center stage on the Combate Global 19 main card, as Combate Global 15 European Tournament champion Patrick Lehane returns to action against Isaac Ruelas. “The Leech” Lehane dominated both of his fights of the tournament last month, the first two of his professional career. Ruelas, meanwhile, has lost two of his last three, including a split decision loss in his most recent outing at the inaugural Gamebred Fighting Championship event.

There are also two women’s bouts to watch out for during Combate Global 19. In the co-main event, both MMA Masters product Mariel Celimen and Chile’s “La Pantera” Jazmine Navarette will go for their second professional win in the flyweight division. The preliminary card will be headlined by two featherweights fighting for their first professional win when France’s Celine Provost battles the debuting “Lady Feral” Alana McLaughlin, who will become the second American transgender fighter to compete professionally.

Jazmine Navarette def. Mariel Celimen via Disqualification (headbutts), 2:59 of Round 3

Roberto Romero Hernandez def. Carlos Tenorio via KO (punch to the body), Round 1

Alex Gonzalez def. Cristian Barraza via Submission, 4:24 of Round 1