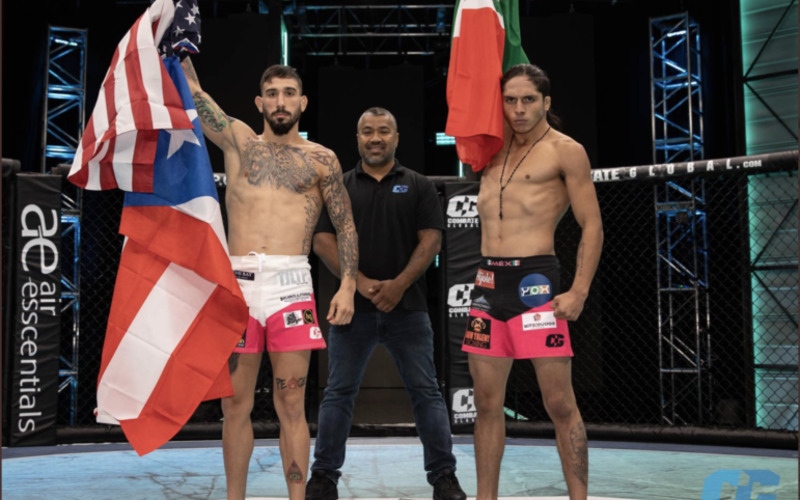 Combate Global have announced another card which goes down this Friday, live on Paramount + from Miami, Florida. The event will host six fights with two fiery featherweights set-up for the main event.

The undefeated Zedekiah Montanez will take on the powerful Roberto Romero Hernandez in a clash at 145lbs. Montanez makes his debut in the promotion, and returns to the cage for the first time since September 2019. Hernandez is currently on a hot streak of three wins a row, with two of those wins coming in the past two months for Combate.

Both Montanez and Hernandez have looked menacing on the feet, so we could be expecting a slug-fest between these two. Montanez holds a record of (4-0) and two of those have been first-round finishes via knockouts. Hernandez holds similar power in his hands to Montanez, after his last fight ended via a body punch from the Mexican to boost his record to (4-2).

A flyweight scrap between Chilean Cristian Barraza and Mexican Diego Silva will be one to watch out for. The pair will desperate to end their torrid runs, as they’re both suffering with a two-fight losing streak. Barraza enters the cage with a record of (6-3) and Silva’s latest two defeats put his record at (3-2).

Barraza has appeared for Combate on two occasions since July, and has faced defeat both times, being submitted to Alex Gonzalez last month. Diego Silva started his professional career only five months ago and he already has five fights on his record. He fought twice on one night on his professional debut and recorded two submissions at Vendetta 6. After another submission victory in July, Silva was sky-high with confidence, until the following two months, where he was submitted on two occasions.

The other featured bout will see two women’s flyweights collide for their professional debuts, with Melissa Amaya facing Gisselle Garcia Villanueva. The pair both fight out of Spokane, Washington.

Bryce Gamboa makes his third walk in 2021 for Combate, as he takes on Maximiliano Gonzalez at 135lbs. Gamboa has ended both of his fights in stunning fashion, with two-first round knockouts. Gonzalez debuts for Combate, and competes for the first time since his first professional loss in November last year, with his record standing at (2-1).

Juan Ramirez will be looking to get rid of his negative record of (1-2), as he meets fellow Mexican Luis Fernando Chavez, who makes his professional debut at 125lbs.

Which fight are you looking forward to the most? Let us know in the comments section below!