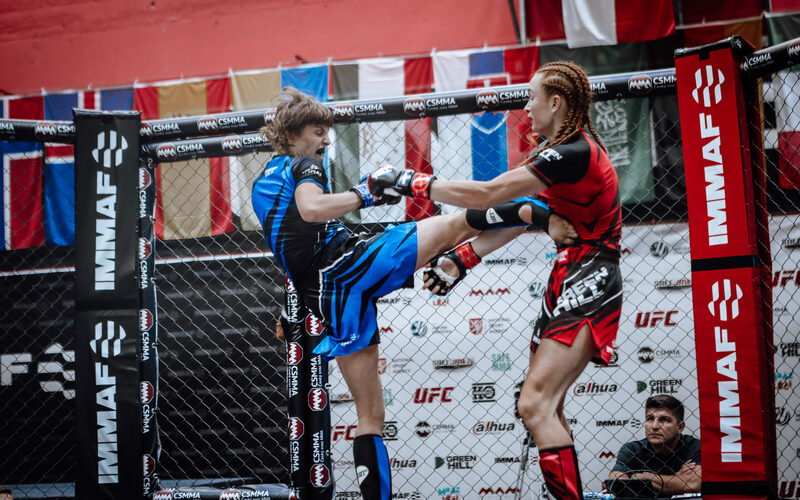 Recently the ongoing issue of MMA safety came back into the spotlight. Largely, this is is due to the tragic passing of fighter Justin Thornton. MMA Sucka recently sat down and had an interview with The International Mixed Martial Arts Federation (IMMAF). This interview features Vito Paollilo who is a UFC official and Italian federation representative, also Isobel Carnwath who is an IMMAF Communication Director.

What is the IMMAF? 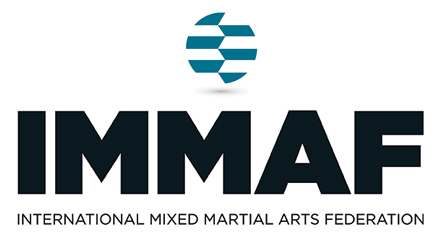 The International Mixed Martial Arts Federation (IMMAF) provides the platform for MMA’s next generation of athletes and rising stars. Founded in 2012, IMMAF’s purpose is to further the development, recognition and regulation of the sport of MMA (mixed martial arts), enabling amateur competition through the organisation of national MMA federations around the world. With a seven-year track record of organising international amateur Championships and ten years developing the sport globally, IMMAF’s membership today includes 120 National Federations worldwide, of which 49 are recognised by their National Olympic Committee or National Sports Authority. IMMAF has advanced programmes for the education and certification of MMA coaches, referees and other technical officials, and for Youth Development. Supported by the UFC®, IMMAF is the only legitimate international governing body for MMA, working to gain sport recognition and see MMA into the Olympic Games.

Interview Regarding MMA Safety with the IMMAF

-How is MMA more or less safe when compared to other sports?

MMA shares several risks that are common in most combat sports that include KOs.

Being a sport that also includes Grappling and not only striking, the amount of striking absorbed is on average less than in other combat sports such as boxing.

The rounds of MMA match are limited to 3 x 3 minute rounds for amateurs and 3 x 5 minutes rounds for professionals  (or 5 rounds for a professional title match), and so exposure time is restricted. Also in MMA once the referee assesses that an athlete is unable to intelligently defend himself against the opponent, he will stop the match. A knocked-out or concussed fighter is not allowed to continue the match, and there is no ten-second count rule to allow the fighter to continue as there is in boxing.

Izzy Carnwath – IMMAF Communication Director:  Additionally, under the International Mixed Martial Arts Federation, no headshots are permitted for under-18s which is unique in striking combat sports. Also, under IMMAF’s progression pathways for MMA students, competitors must show a level of competency (grading) to compete. It should only be experienced, elite level athletes that compete at the professional level.

Like other martial arts and combat sports, MMA athletes compete in weight categories for their safety (not apparent in other contact sports, including team sports) and competitions are always 1:1.

In countries where MMA is not formally recognized as a sport, lack of recognition makes it less safe. For example, MMA participants are unable to obtain insurance, and frequently medical professionals refuse to examine MMA athletes. It means that coaches and promoters are not required to adhere to any sports or safety standards at all.

-How does one compare injury severity?

There was an article of IMMAF’s blog about injury rates compared to other sports that show is lower. You can find it here

-Are fighters sustaining more injuries in the gym or in the cage?

I don’t think there is comprehensive data available on that, but in Italy, most injury insurance claims are related to injuries incurred in gyms and ligament injuries.

-What rules would you most like to see changed in MMA overall?

I don’t see 12 to 6 elbows as more dangerous than other elbow strikes. So, in my personal opinion, you either allow all,  or ban all ( as is already the rule for amateurs)

-What are your personal thoughts on the 12-6 elbow and the oblique kick?

Every striking action has the potential to cause injury to a fighter.

I would keep it as allowed only for professional fighters and not allow them for amateurs (as is also the case for Grappling techniques such as heel hooks and neck cranks).

-What are the biggest roadblocks to potentially getting MMA into the Olympic games?

To first obtain sport recognition from the Global Association of International Sport Federations (GAISF) which is a requirement for IOC recognition, but is being blocked at the moment by other combat sports that don’t want to risk being beaten by MMA in the run for 2028 Olympics.

Yes. MMA being recognised in countries where it was previously banned, like France shows that regulation is the key to increasing safety in the sport. MMA is now formally recognized by National Olympic Committees or Sports Ministries in more than 50 countries globally, which shows how the tide is turning.

I predict the continued growth of the amateur sport and the gradual disappearance of low level professional shows that don’t uphold the required sport and safety standards.

-What is the paramount goal of the IMMAF?

To obtain signatory status with the World Anti-doping Agency and GAISF recognition, and put MMA among the canon of recognized sports.

This would empower IMMAF to govern the sport to safeguard its participants, support the development of the MMA and its athletes, and would provide equal opportunities to participants of MMA as those of other sports.

We would like to thank the IMMAF for speaking with us, and especially Vito Paollilo and Isobel Carnwath for their time.

Featured Image Courtesy of the IMMAF.