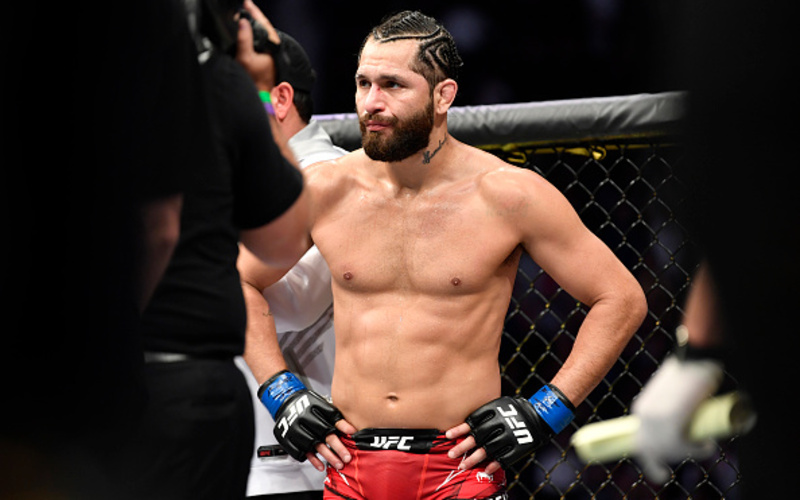 Jorge Masvidal is out of his scheduled grudge match with Brit, Leon Edwards at UFC 269 on December 11th. ESPN’s Brett Okamoto announced via his Instagram that Masvidal has an undisclosed injury and therefore cannot make the bout.

Okamoto also stated that as of yet, it’s unclear whether the UFC will attempt to re-book the Edwards grudge match or replace Masvidal with a new opponent. The fight was two years in the making after the two men shared a card in London and after the exciting night of fights, Masvidal attacked Edwards after Edwards approached him as he was being interviewed. If the UFC are looking to replace Masvidal, there will be plenty of options as to who could step in and face ‘Rocky’, however, it likely won’t have the same ‘bad blood feel’.

There are two obvious replacements that come to mind. Khamzat Chimaev or Vicente Luque. Chimaev is now 4-0 in the UFC and recently dominated Li Jingliang at UFC 267. Chimaev and Edwards have been scheduled on three separate occasions, however, each time COVID-19 has led to a cancellation. Chimaev clearly wants all the smoke off anyone in the division and stepping in on short notice against Edwards would again show his intentions. It’s a chance for him to truly push himself into the title picture as Edwards himself is more than deserving of a shot now and a victory over Edwards would further rocket Chimaev’s name. The issue with Chimaev is vaccine rules and possible Visa issues with regards to the US based card. It’s worth noting that Chimaev has only ever fought on fight island.

Spoke to Khamzat Chimaev's (@KChimaev) manager Majdi Shammas. Too early to know what is going to happen, but Khamzat has been asking him for a fight every day since UFC 267.

Just texted him when he saw news of Masvidal's withdrawal. "Call UFC now, we travel tomorrow."

Vicente Luque was on deck this past weekend at UFC 268 to be the alternative for the headline bout between Kamaru Usman and Colby Covington. Ironically, Luque missed weight on this occasion. Luckily, he wasn’t needed so the weight miss wasn’t a problem. If Luque was to step in, it would be a rematch of a 2017 bout in London. On this occasion, Edwards edged out the fight via unanimous decision. Since then, each man has been on a tear, with Edwards continuing his winning run going 6-0 with a no contest. Luque has gone 10-1, finishing all of his victories. The winner of this one would be undeniably the #1 contender to face Usman next year.

Ironically, Colby Covington at the post-fight press conference this past weekend called for Masvidal to withdraw from the Edwards fight and settle their recent ‘beef’. Covington refers to Masvidal as ‘Street Judas’ and has referenced a fallout with regards to Covington’s former team, American Top Team as the catalyst behind their bad blood. You can catch the whole post-fight interview here:

UFC 269 will be headlined by a lightweight title bout between Charles Oliveira and Dustin Poirier. Amanda Nunes meets Juliana Pena in the co-main event for the women’s 135lbs strap.