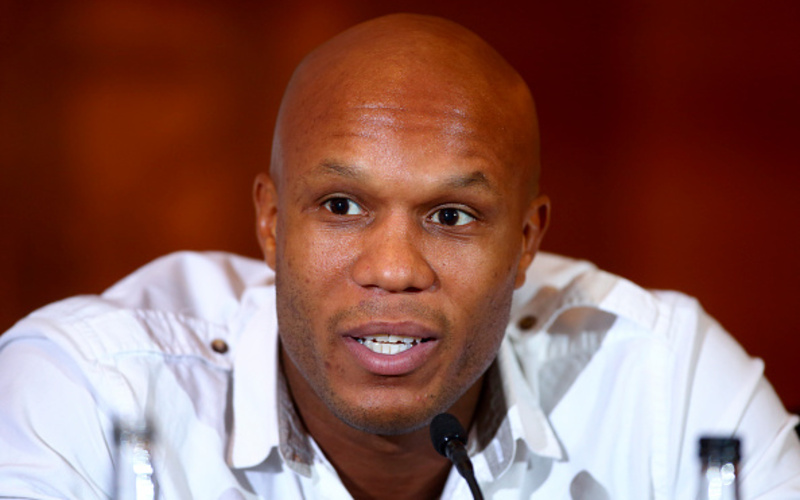 Bellator returns for a second week running, with the promotion back in the states. Cris Cyborg faces Ireland’s own, Sinead Kavanagh for the women’s featherweight title in the main event.

In the co-main event, we have a clash of the titans in the heavyweight division, with MMA veteran Linton Vassell facing off against Tyrell Fortune. We spoke to Vassell ahead of his Bellator 271 fight.

It’s fifth vs sixth in the heavyweight rankings, with Vassell looking to jump ahead of Fortune on Friday night and edge one step closer to a title shot. It’s been a long-time coming for Vassell, as he’s been out of action since December last year.

Vassell told MMASucka what his thoughts were and what he feels his opponent is going to do in the fight. “What I’ve seen from him, he’s a patient fighter in some fights, other fights he comes and brings it, I’m ready for it all, if he comes out fast, if he comes out patient, I’m going to be ready, at the end of the day it’s a three-round fight, he’s a big guy, I know he doesn’t like to wrestle too much, wrestling is very tiring, I think he’s going to throw some big bombs, and look for some shoots later on in the fight,” Vassell stated.

After a back injury kept him out of his scheduled fight against Marcelo Golm in July, Vassell feels he’s back to normal and ready to go after a successful camp.

“Camp’s been great, I can’t remember how long I knew but I had plenty of time, I was already supposed to be fighting in July, that got cancelled due to an injury, once I got better, I was always training anyway because I was thinking I want to get straight back in there, once they told me I was fighting him, I was like fine I can start settling in now and start focusing on Tyrell. It took about three weeks to recover from that injury, I hurt my back, back injuries are serious, I’m alright now, I took the time off, got all the treatment, good to go now.” You can check out the full interview here:

At Bellator 254, Vassell dominated Brazilian Ronny Markes to make a statement in the heavyweight division, with a second-round finish via ground & pound. After Markes made several mistakes to try and take Vassell down, it was actually Vassell who would fall on top and finish the fight from there. He now predicts the same outcome for Fortune.

“I think people think I haven’t got a ground game or they underestimate my ground game, I feel like he made it easier for me, every time he went for that shoot, I landed on top and punished him, again that’s going to be the same for Tyrell.”

Vassell has had two shots at the light-heavyweight title previously with Bellator, against Emanuel Newton, and current heavyweight champion Ryan Bader. Both times they ended in defeat, and for Vassell, he started to doubt whether he could carry on.

“No lie, it’s hard, when you train for something and get so close and don’t get it, it’s soul-destroying, then you come back fight again and get another shot and don’t do it, you sort of think to yourself is that it, is that the best I’ve got, should I retire, obviously that’s why you have friends and teammates to be like nah that’s life at the end of the day, if it was so simple and easy, everyone would do it. It’s not your time right now.

I got back on the horse and I thought let me see if I can do light heavyweight again because I got so close, I lost again against Phil Davis, that was when I was like I think I’m done, and then I thought nah mate, you know what heavyweight is what I need to do. I walk around about 106-107 kilos to make 93 that’s a lot of weight to lose, it got harder and harder so I thought we’ve got to do something different now and go to heavyweight.”

The British veteran is now 38 years of age, and it seemed cutting the weight got too much for him, and a move to heavyweight was “the best decision” he ever made.

A three-fight losing streak saw him move up to heavyweight and face Sergei Kharitonov, where he was doubted by many who thought he was going to lose the fight.

“It is crazy, you obviously doubt yourself, your like damn maybe I don’t have it no more, I lost three in a row, I never even lost two in a row, to lose three I was like damn, I had nothing to lose, to be honest, I was the underdog in that fight, I don’t know if you looked but it was like Kharitinov when he beats Linton, he’s going to fight for the belt, they were writing me off.”

A win on Friday night and Vassell feels that “100 percent” he should be a title contender next with a win over Fortune. Vassell has been defeated by Valentin Moldavsky and Bader earlier in his career and he looks to avenge not one, but both of those losses.

If his prediction of a “Second round TKO” lands on Friday night, Bellator won’t have much of an option but to give him a title shot soon. With Moldavsky the current interim champion, it’s likely Bader will face Moldvasky next, then the heavyweight title could be coming soon for Vassell.