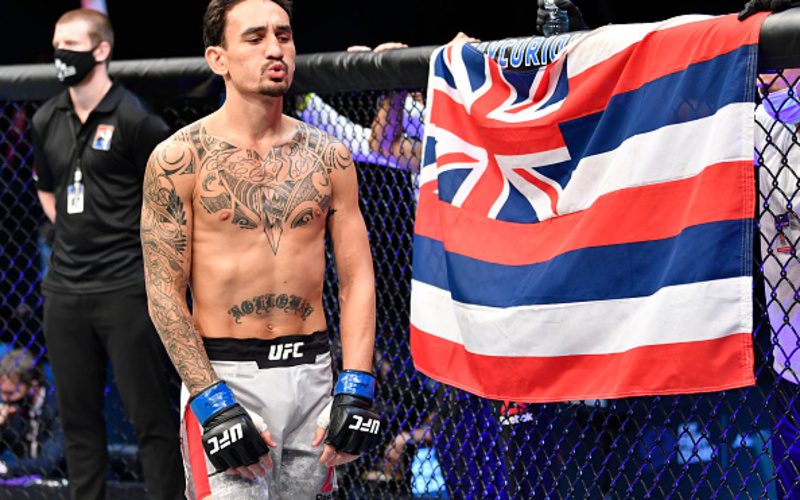 Max Holloway will be taking on Yair Rodriguez in the main event this weekend at UFC Vegas 42. The winner of this fight will likely be getting a shot at the title in their next fight. This might come as a reach for Holloway as he has lost two fights against Alexander Volkanovski. Yair Rodriguez on the other hand would be an obvious choice for the next title contender with a win over Holloway. The prelims this weekend will be starting at 1:00 pm ET and will be broadcast on ESPN+. The main card is set to begin at 4:00 pm ET and will also be shown on ESPN+.

Max Holloway won a decision over Calvin Kattar in his most recent fight back in January. Prior to that fight, Holloway had lost two straight fights against Alexander Volkanovski. Holloway comes into this fight with a professional record of 22-6. 10 of his 22 wins are by way of knockout and he is 10-5 by decision. Max Holloway has never been knocked out in his professional career and has only been submitted once in his fifth professional fight. That submission loss came to the hands of Dustin Poirier in Holloway’s debut in the UFC. Holloway has fought the best of the best in the UFC. Getting wins over guys like Cub Swanson, Charles Oliveira, Anthony Pettis, Brian Ortega, and Jose Also twice.

Holloway is a brown belt in jiu-jitsu and will come into this fight with a slight size disadvantage. He has four fight-of-the-night bonuses and four performance-of-the-night bonuses in his time with the UFC. Holloway holds 14 UFC records ranging from, most fights in the UFC featherweight division and the longest win streak in the UFC’s featherweight division. He has won the featherweight title and defended it three times before fighting Volkanovski in 2019. Max Holloway is somewhat of a legend of the sport and he is only 29 years old. He seems to be right in the middle of his prime and is currently in a prime position to work his way back to the title.

This fight will be Yair Rodriguez’s first fight back since his decision win over Jeremy Stephens in 2019. He has a professional record of 13-2-1 and has been knocked out in both of his losses. Frankie Edgar and Roberto Herrera are the fighters who were able to knockout Rodriguez with the knockout against Herrera being in his fourth professional fight. Rodriguez is 8-1-1 in the UFC and has wins over guys like Chan Sung Jung, B.J. Penn, Alex Caceres, and Dan Hooker. Rodriguez has won fight-of-the-night bonuses four times and performance-of-the-night bonuses three times in his time with the UFC. He also has the UFC record for the latest knockout in UFC history at four minutes and 59 seconds of round five against Chan Sung Jung.

Rodriguez has finished seven of his 13 wins with four of those finishes being knockout. He is 6-0 by decision which shows that normally he has a good gas tank. Although he has only ever fought in one five-round fight before against Chan Sung Jung. In that fight, Rodriguez gassed out in the championship rounds and was being picked apart in the later rounds. He won that fight by a hail mary elbow in the final second of the final round. Holloway has always been known to have great cardio and has fought in many five-round fights. The cardio differential in this fight could end up being the deciding factor.