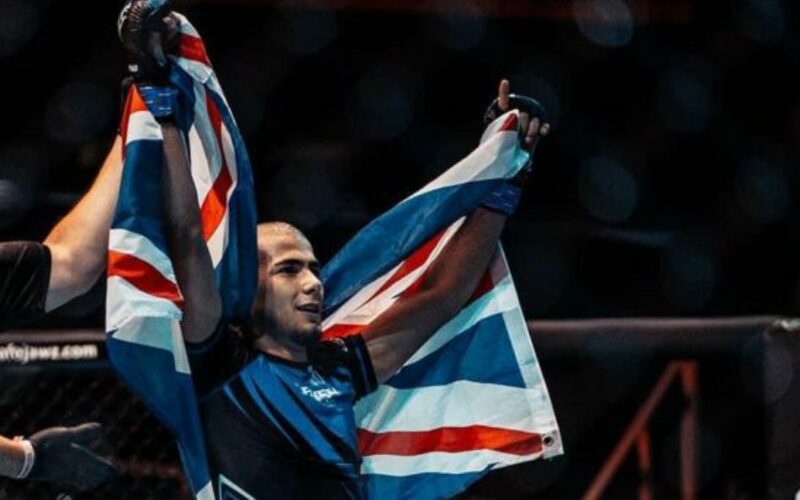 The British all-star prospect Muhammad Mokaev has just signed with the UFC. Mokaev was born in Dagestan, Russia, but came to the United Kingdom in 2012 as an immigrant. Quickly taking to both wrestling and Brazilian Jiu-Jitsu, Mokaev later turned to MMA. Mokaev, who fights in the flyweight and bantamweight divisions, previously fought in BRAVE FC, where he achieved victories and currently holds a record of 5-0 (1).

Mokaev fought such opposition as Abdul Hussein and Blaine O’Driscoll. Mokaev turned down an offer to appear on the UFC’s subsidiary talent development programme “Dana White’s Contender Series” earlier this year. However, it appears that his achievements have simply been too great to ignore and he has been signed regardless. The 21-year-old Mokaev will be one of the youngest fighters in the promotion and has voiced a desire to be the youngest champion in the promotion’s history.

Alhamdulillah, youngest fighter in the @ufc 30 fight win streak 🥇
Uncle Dana @danawhite see u soon!
I would like to thank my team! @ParadigmSports @KHK_MMA for all support they do for me! Now we rolling!

Thanks to all my supporters I love you all ❤️🙌🏼🇬🇧 pic.twitter.com/4yIvK3hPXI

Mokaev is best known for being one of the most credentialed amateurs in the history of the sport. He has acquired a massive amateur record of 23-0, leaving him undefeated so far across both his amateur and professional careers. He has won the IMMAF world championship tournament twice, fighting some of the best amateurs in the world including Reo Yamaguchi and Abdulla Mubarak. He also made it to the quarter-finals in 2021’s U23 World Wrestling Championship Men’s Freestyle Wrestling tournament at the 61 kg weight category. While British MMA fighters sometimes have a reputation for lacklustre wrestling, Mokaev is a tremendous takedown threat and scrambler.

Mokaev has previously fought at both 125 lbs and 135 lbs but has been signed to the flyweight division (125) in the UFC. Though the division has been in flux since the departure of long-reigning kingpin Demetrious Johnson, with fighters such as former champion Deiveson Figueiredo and current champion Brandon Moreno, Mokaev would have his work cut out for him striving to become the youngest champion in the promotion’s history.