American (not so) Top Team of Professional Wrestling 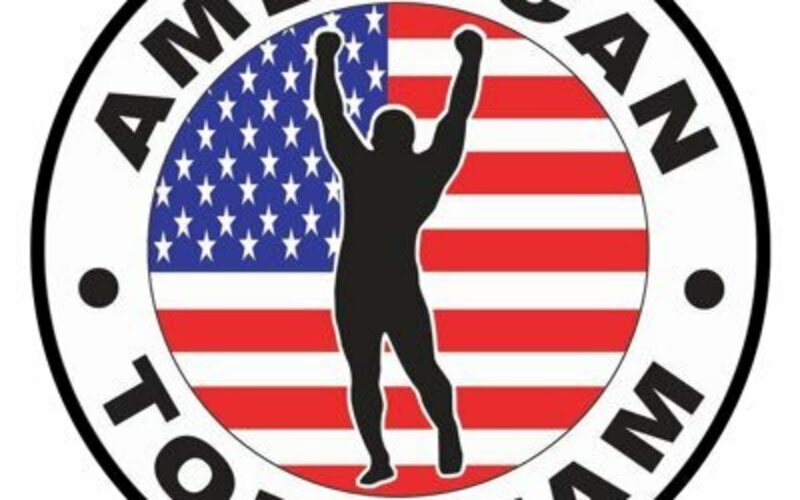 Founded in 2001 American Top Team is one of, if not the best Mixed Martial Arts gym in the world. Its’ list of accolades and superstar alumni is too long to be brought here and includes titleholders and trophies from around the globe. And as dominating Dan Lambert and his associates are in MMA, there is another branch of fight sports tree, where they aren’t so successful despite their and promoters’ efforts. We’re talking about Pro Wrestling.

There’s no better example of this than last week’s AEW Full Gear, where Dan Lambert and two other ATT members took part in ten man tag team street fight. It was chaotic and poorly executed on the part of MMA representatives. One could ask, who benefits from all of this, and the answer is this – no one, American Top Team especially.

And maybe it looked like it was Lambert’s boys first contact with Pro Wrestling world, but truth be told, it wasnt.

In Pro Wrestling jargon ‘Smart mark’ is somebody, who has a deeper knowledge about it than just what is shown on the TV screen. That means educating yourself about the inner workings of the business and discovering different wrestling styles and promotions. Tape trading and exposure to Japanese Pro Wrestling aka Puroresu, familiarized Lambert with shoot style wrestling presented by UWF-i and Pancrase promotions, which led him to pick up interest in Mixed Martial Arts. The rest is history.

Bobby Lashley made a name for himself in World Wrestling Entertainment when he performed from 2005 to 2008. After leaving the WWE he switched his focus on MMA, fighting for smaller promotions like MFA and FFI. In the meantime, he debuted in Total Nonstop Action Wrestling (TNA), appearing at their April PPV, Lockdown. At the MMA end of things, he signed with Strikeforce. Bobby announced that his ambition is to be a successful two sports athlete.

A few years forward to 2017, and Bobby does exactly that – he shares his time between Impact Wrestling (formerly TNA) and Bellator, which was under the management of his old Strikeforce boss, Scott Coker. He’s undefeated in the promotion and rides 8 fights winning streak. The decision is made to make his association with American Top Team brought up to the front as a part of the storyline, where he must choose between Pro Wrestling and MMA.

It came down to feud between Lashley, and fellow wrestler Moose where Dan Lambert and ATT members aided Lashley with interventions and sneak attacks. There were two positives from all of this: Dan Lambert excelled on the microphone and Colby Covington got a bright, career-saving idea of adopting some kind of on-screen persona to silence his critics, who were saying that he’s simply boring.

Dan Lambert’s oral skills were a surprise, but a welcomed one. American Top Team founder could easily deliver his point to the anger of the gathered audience. His mannerism and tone of voice made him a perfect heel. What’s more, he was very good at building up Lashley and other team members as a force to be reckoned with by the rest of the locker room and fans watching on TV. Something, that other great Pro Wrestling managers like Bobby Heenan or Jim Cornette were known for.

As for Covington, other than Bobby Lashley, he was the member of ATT who stood out from the rest, deciding to take a page from Pro Wrestling’s playbook and antagonize the whole nation of Brazil after his win at UFC Fight Night 119. We all know, where that led him.

The whole feud ended at IW Genesis, and it looked like ATT ended its relationship with Pro Wrestling.

Welcome to the Major League

Dan Lambert returned to Pro Wrestling as a mouthpiece for King Mo and united forces of ATT and Team Filthy, led by other MMA veteran, Filthy Tom Lawlor. It was a brief run, with a highlight being a 122th episode of Major League Wrestling Fusion programming subtitled ‘Filthy Island’, a parody of UFC’s Fight Island. Lambert acted as a color commentator for the event.

Nobody knew that this was only a warm-up before something bigger.

American Top Team’s and Pro Wrestling’s roads crossed again July 7th this year at AEW Dynamite. Lambert was in attendance in the company of BMF champion, Jorge Masvidal and Amanda Nunes. Dan was asked for an interview, but he took the microphone and cut a promo, but there were new elements to it. Lambert started bashing gathered fans, and the promotion itself, claiming that All Elite Wrestling’s product is garbage. It was cut by Lance Archer, who smashed him on the canvas. Getting physically involved also was new for Dan.

He returned a month later in the company of Andrei Arlovsky and Junior Dos Santos. Yet again Lambert thrashed the company, and audience, praising both ATT members. Getting a negative reaction from the audience is one thing, but doing so by using the lowest tactics seems below Lambert’s oral abilities. Lance Archer tried to step into the ring, but was attacked by Scorpio Sky and Ethan Page, who are collectively known as ‘Man of the year’. A few weeks later ATT and both AEW wrestlers will start a feud with Chris Jericho and his group, “Inner Circle”.

And from there, things got worse for everyone, especially American Top Team. Due to contractual obligations, most ATT members couldn’t get physically involved, so Sky and Page were put up on the front of things. What’s more, both of them can easily cut a promo, so there was no need for Lambert’s services. Novelty of ATT members like Paige Van Zant was limited to trade vocal barbs with Chris Jericho and looking tough while standing at the entrance stage.  There were two exceptions though: Masvidal threw a running knee on Jericho and Dos Santos took part in a six man tag team match, but his role was limited.

Dan Lambert’s microphone work was still solid, but it looked a little out of place. He antagonized the millennial-aged audience and the idea of woke culture, thrashing everyone and anyone that wasn’t associated with his team. In Pro Wrestling it is important to build up not only yourself in the eyes of an audience but your opponent as well. If you try to sell him as nobody and you win, then you won by beating a nobody, and if you loose, then you were beaten by a nobody. There’s no win-win in this scenario, and it seems like Dan Lambert has forgotten about it.

It all made this whole feud too long for anybody to keep attention to it and fail to build up anyone involved in it. The conclusion in form of ten man bout at Full Gear was a chaotic mess, that didn’t do anyone favours, especially Lambert and his fighters… No one gained anything by it – Men of the year didn’t move up in the tag team division rankings, no ATT member gained popularity,  and Inner Circle ended in the same place where it was when the whole thing started. For many fans, Dan Lambert and his fighters overstayed their welcome at AEW programming.

The ATT example shows, that being a fan and having some notoriety doesn’t always translate to success in Pro Wrestling. There must be commitment, willingness and possibility to get involved in physical aspects of it. By only showing off on the stage or in the audience nobody can hold the attention of fans for a longer period of time. And as for the oral side of things, there must be a consensus between building up your, or your ‘client’s character and thrash talk aimed at the opponent. Even the richest vocabulary and good-sounding voice will not salvage the damage done by the overwhelming downgrading of the adversary.

Sadly to say ATT hardly achieved anything by participating in Pro Wrestlng. Yeah, Dan Lambert can talk and that’s the main positive thing from all of it. The team didn’t gain any popularity, because it’s already world renowned, and by the look of it there are not many members that are eager to start a pro wrestling career. If Dan Lambert plans any future appearances I hope they will be a few and far between. 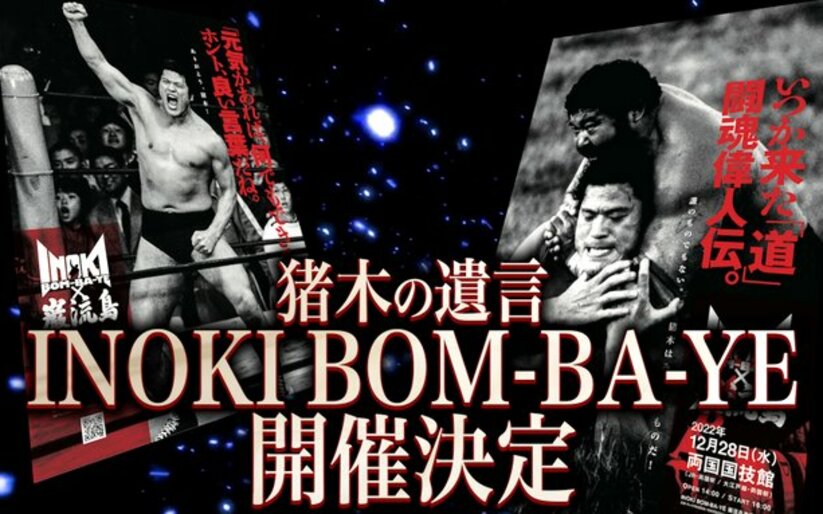 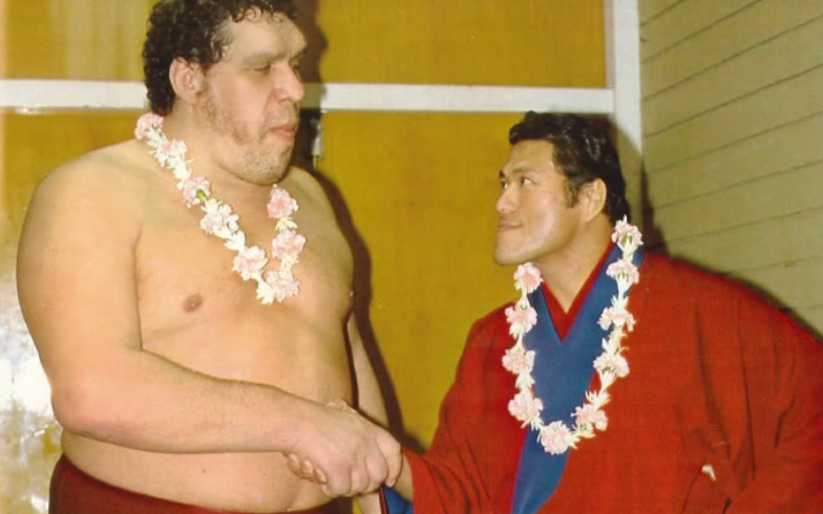 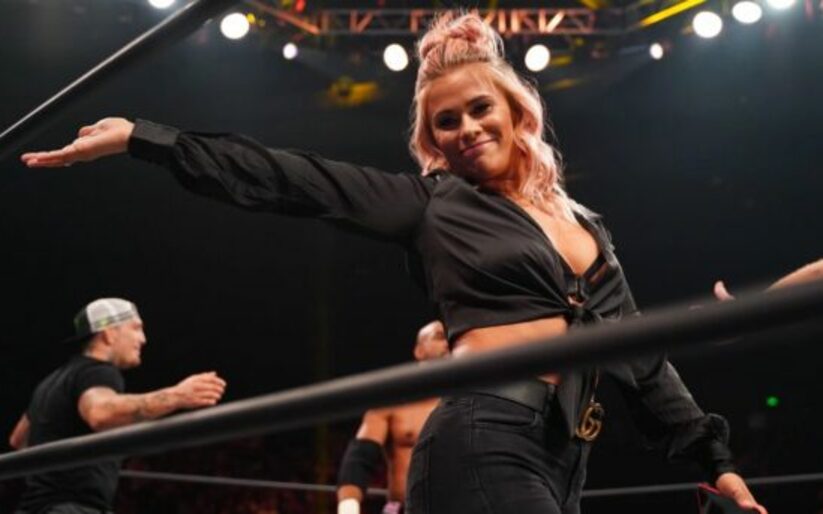