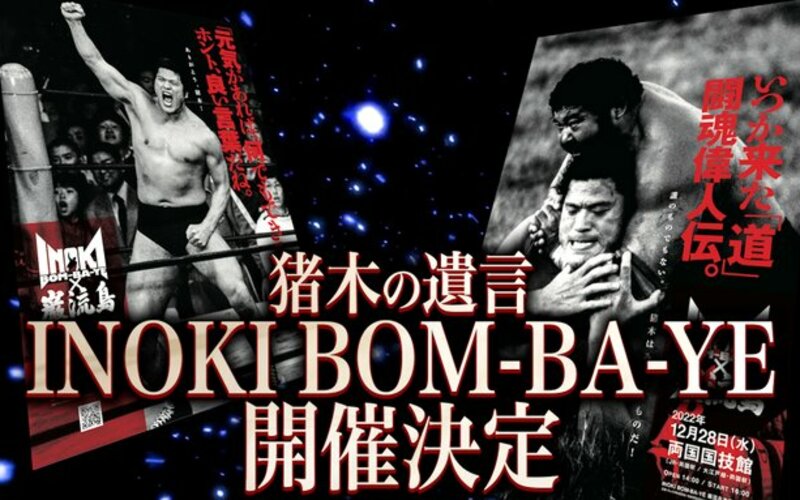 Inoki Bom-Ba-Ye 2022 x Ganryujima is a fight card that features bouts held under different rulesets. Fans will witness regular MMA bouts as well as Ganryujima fights. The event serves as a tribute to the great late Antonio Inoki and will be headlined by a Pro Wrestling bout between two individuals with professional MMA experience: Katsuyori Shibata and UFC and PFL veteran, Tom Lawlor. Many well-known individuals will also appear at the event.

Who’s featured on the fight card?

Inoki Bom-Ba-Ye X Ganryujima is a cross-promotional event, that will feature representatives of various other promotions and well-known fighters. New Japan Pro Wrestling, a pro wrestling promotion founded by Inoki himself back in 1977, will be represented by Shibata and Lawlor. RIZIN FF has sent in Yusuke Yachi, Hideki Sekine, and Takakenshin. Well-known from their time in Japan individuals such as Josh Barnett and recently retired Melvin Manhoef will be making their comeback to active competition. Such is also the case with Bellator alumni and BJJ great, Rafael Lovato Jr.

Ganryujima is a japanese fight promotion, which utilizes its very own, unique ruleset. The main focus is put on the standing part of the bout, with a wide variety of striking techniques being allowed. However, the ground game is limited to a few seconds of action and if it’s not resolved immediately with a submission, the referee will command both combatants to stand up. The bout can be won with a knockout, TKO, referee stoppage, and ring-out, if one fighter manages to push his opponent out of the circular arena on three different occasions.

Universal Wrestling Federation – International was the last offshoot of the original UWF promotion, which was the pioneer of shoot-style wrestling. In contradiction to regular pro wrestling, shoot-style wrestling’s main goal was to present each bout as a legitimate fight. Thus it could end only via K.O. or tapout. However, UWF-i additionally brought in the point system. Each wrestler started the bout with 15 points. The points could be reduced by being knocked down, getting thrown with an overhead throwing technique, or grabbing the ring ropes to escape submission holds. If either participant’s points count was reduced to zero or below he would automatically lose a bout.

Ryusei def. Dawsakhon via Knockout (body blow) at 1:37 in a Ganryujima rules match