UFC Fighters who retired in 2022 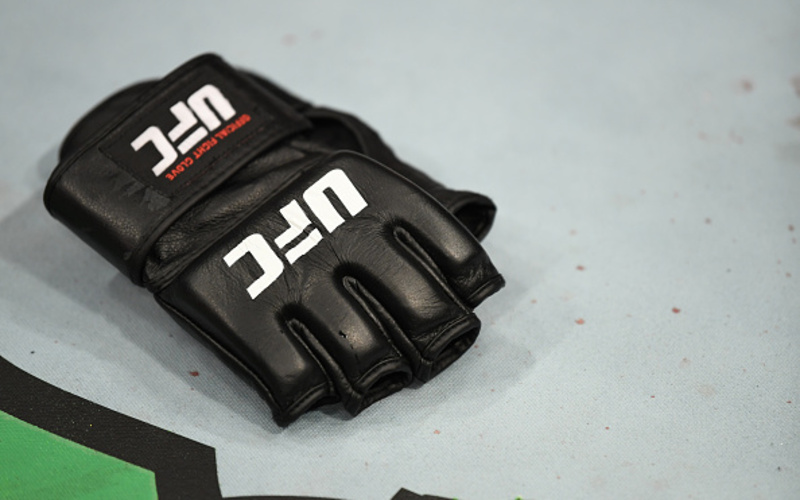 2022 is almost at a close and naturally, we’ll look back at the year that has been. Despite plenty of exciting debuts, Jack Della Maddalena and Muhammad Mokaev come to mind, there has also been a whole host of legendary fighters who hung up the gloves for good.

It’s those fighters, the ones that have decided to leave the sport for good that we’ll focus on.

UFC Fighters who retired in 2022

This one hurt. Jose Aldo, one of the best the world of MMA has ever seen finally hung up the gloves following a loss at the hands of an up-and-comer, Merab Dvalishvili.

Aldo made a name for himself in the featherweight division on the WEC where he became champion following five straight knockout finishes. He would become the inaugural featherweight champion of the UFC in 2010 and go on to make seven title defences.

Unfortunately for Aldo, he lost the belt in the biggest fight of his career in just 14 seconds to Conor McGregor. With that being said, we can’t define his career off just 14 seconds of work. He would bounce back to hold the belt again, before dropping it to Max Holloway, a man who simply seemed to have his number.

He would go on to compete for the bantamweight championship as well as seemingly revitalise his career down at 135lbs, enjoying a three-fight winning run, each more dominant than the fight beforehand. After losing to Dvashvilli, Aldo decided to call in time on a historic career.

He’ll be remembered for his brutal leg kicks, slick boxing style and amazing takedown defence, as well as being the man who put the smaller weight classes on the map. A true legend in every sense of the word. 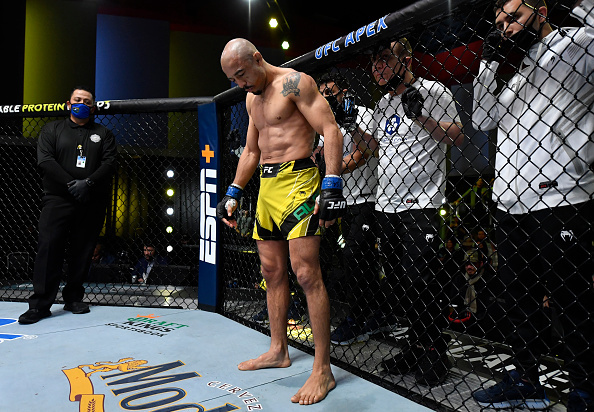 Another former champion who unfortunately went out on a loss is none other than Joanna Jedrzejczyk. Joanna Champion dominated the 115lbs division for eight fights spanning three years. From 2015 – 2018, she co-main event five PPV cards and main evented two fight nights.

Although she dropped the belt to Rose Namajunas and was unable to gain it back in the rematch, she put on the greatest women’s fight of all time when she faced off against Weili Zhang at UFC 248. The two went back and forth for the full 25 minutes and certainly left a piece of themselves in there. 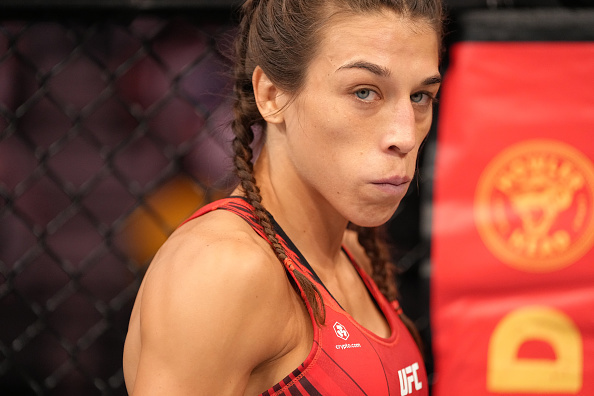 SINGAPORE, SINGAPORE – JUNE 12: Joanna Jedrzejczyk of Poland prepares to fight Zhang Weili of China in a flyweight fight during the UFC 275 event at Singapore Indoor Stadium on June 12, 2022 in Singapore. (Photo by Jeff Bottari/Zuffa LLC)

Not only did she compete, win and defend the strawweight title but she also challenged herself and went up in weight to compete against her former Muay Thai foe in Valentina Shevchenko, albeit unsuccessfully.

In her final bout, she suffered a devastating knockout at the hands of Zhang in the rematch, however, we can’t allow that to take away from her legacy. She took on all challengers, she was always game, she was a gem for the media, especially during fight week and she is without a doubt a future hall of famer.

There’s a theme here. Former champions who bow out on a loss. TJ Dillashaw officially hung up the gloves recently after suffering multiple shoulder injuries and losses. This shoulder injury tainted his last fight massively after it popped out seconds into the contest.

Kicking off his career in The Ultimate Fighter, Dillashaw made the final and despite losing on that occasion, was given s a shot and went 5-1 before gaining a title shot against the long-time champion, Renan Barao. TJ shook up the world at UFC 173 (his first PPV main event) finishing Barao in the fifth round. He then went on to make two defences of the belt before narrowly losing to Dominick Cruz. He would go on to have a huge rivalry with Cody Garbrandt, going 2-0 after coaching on TUF against No Love.

In 2018, it was announced that TJ Dillashaw would be dropping down to 125lbs to clash with Henry Cejudo in an attempt to become a two-weight world champion. This is when it all began to spiral out of control. Not only did TJ Dillashaw lose the fight via TKO in just 32 seconds, but it came out after the bout that he had popped for an illegal substance and consequently was stripped of his bantamweight title and handed a two-year suspension. Although he returned with a win against Cory Sandhagen, Dillashaw would retire on a loss at UFC 280.

Whether you choose to remember TJ the fighter or TJ the cheater, he was a needle mover for the company for over 10 years. 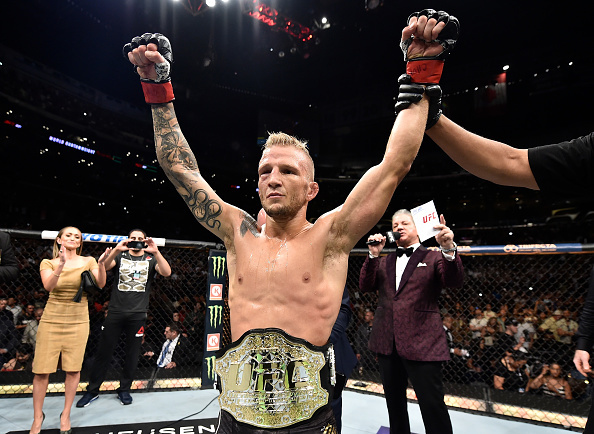 Another former champion to retire in 2022 is the former middleweight champion, Luke Rockhold. Rockhold is a former Strikeforce and UFC champion and was regarded as one of the most well-rounded mixed martial artists around at his peak. He became the first person to defeat Chris Weidman and recorded five post-fight bonuses across his UFC tenure. 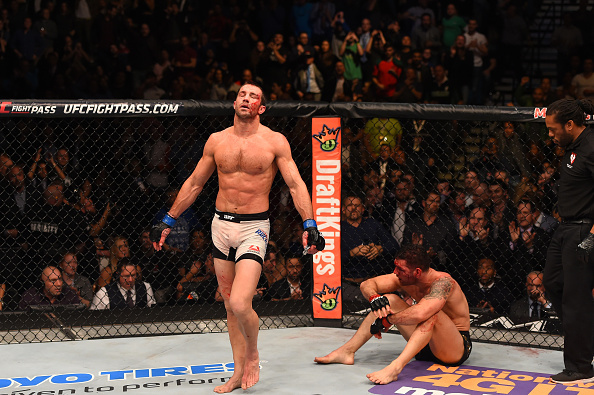 After he dropped the belt to Michael Bisping in a shock result back at UFC 199, Rockhold was never quite the same. He suffered a host of terrible injuries and opponent pullouts. He competed for the interim middleweight title in a losing effort at UFC 221 which would be his last title opportunity for the UFC.

He retired off the back of three straight losses, two of which were via knockout. With that being said, he went out on his shield in an excellent fight with the always-game Paolo Costa. Many believed that Costa would blow Rockhold out the water, however, the two men went three hard rounds which eventually saw Costa get his hand raised.

Rockhold should be looked back on fondly. Although he wasn’t always everyone’s cup of tea, you can’t ignore his talent.

The final former champion to retire in 2022 is the former lightweight champion, the former featherweight title contender and former bantamweight stalwart, Frankie Edgar. Edgar retired off a loss to Chris Gutierrez at UFC 281 in New York.

Edgar began his professional career all the way back in 2005 and signed with the UFC in 2007. His career highlights can’t be ignored. The trilogy with Gray Maynard, the trilogy with BJ Penn, the two fights with Benson Henderson and the two fights with Aldo are amongst his best wins. Cub Swanson, Charles Oliveira, Chad Mendes and Urijah Faber are all on the list of names that Edgar has defeated.

He went a phenomenal 28 fights, including multiple wars without being finished, however, he was then finished in five of his last eight fights. We shouldn’t remember him for his later run. We have to remember that he was one of the most game fighters to ever step into the octagon. He holds the record for the second-longest fight total fight time at 7:57:10, which was only recently broken.

Edgar is a legend. A future hall of famer and without a doubt, one of the best fighters to ever grace the UFC octagon. 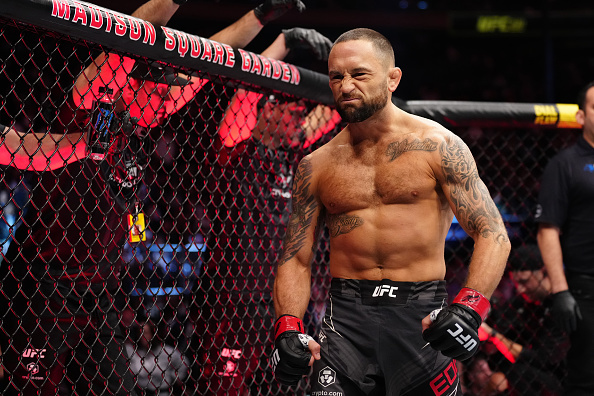 The legendary former title challenger, Donald Cerrone finally hung up the gloves. We can’t base his career off his performances later in his career, unfortunately for Cowboy, he went 0-6-0-1 in his last seven fights including being finished five times. He peaked in 2015 when he challenged Rafael dos Anjos for the 155lbs belt, albeit unsuccessfully.

He had phenomenal performances against Matt Brown and Rick Story, he stopped the Alexander Hernandez hype train and headlined the UFC 246 PPV against Conor McGregor. 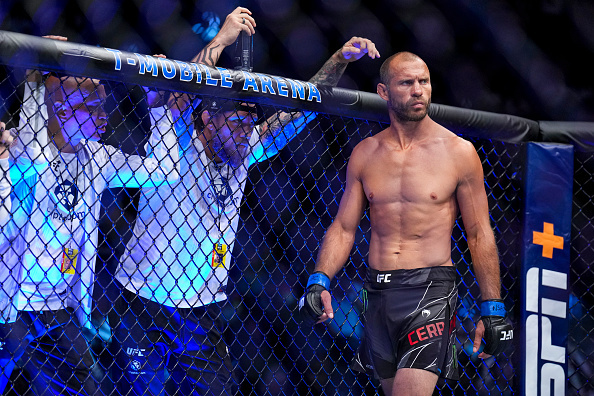 He was the original any-time, anywhere guy and will be remembered fondly in retirement.

One of the most disappointing retirements of 2022 came when we got the news that Zabit Magomedsharipov was hanging up the gloves. The Dagestani was 6-0 in the UFC and held wins over Calvin Kattar and Jeremy Stephens. His exciting all-round style had fans captivated instantly. From spinning attacks to sweep takedowns, Zabit had fans on the edge of their seats throughout his career.

At 145lbs, many thought that he would be a champion and if not, compete for a belt at some point during his career. It wasn’t to be, however, as, in June 2022, Zabit announced he was hanging up the gloves. Despite this, his return has already been rumoured, however, as of yet, nothing is concrete. 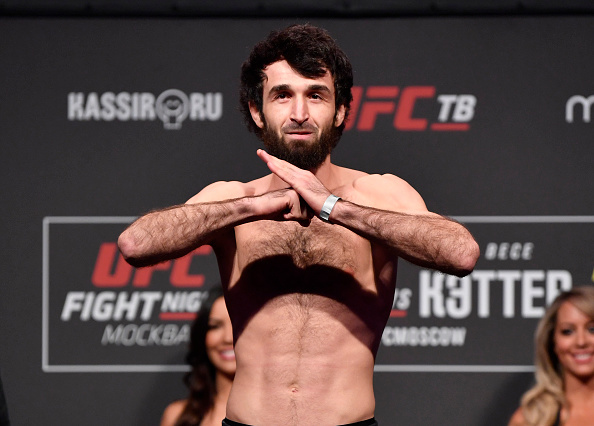 MOSCOW, RUSSIA – NOVEMBER 08: Zabit Magomedsharipov of Russia poses on the scale during the UFC Fight Night weigh-ins at CSKA Arena on November 08, 2019 in Moscow, Russia. (Photo by Jeff Bottari/Zuffa LLC via Getty Images)

One of the most exciting strikers to ever grace the octagon, Uriah Hall hung up the MMA gloves in August. The TUF season 17 finalist was one of the most inventive, innovative and flashy strikers that we’d ever seen. No one can forget his spinning wheel knockout of Adam Cella on the show.

Unfortunately for Hall, he never quite got ‘that’ win that put him in title contention. Late into his career, he lost a one-sided bout to Sean Strickland having enjoyed a four-fight winning run, with a win in that one, he really could have been in the title picture. It wasn’t to be for Hall, however. 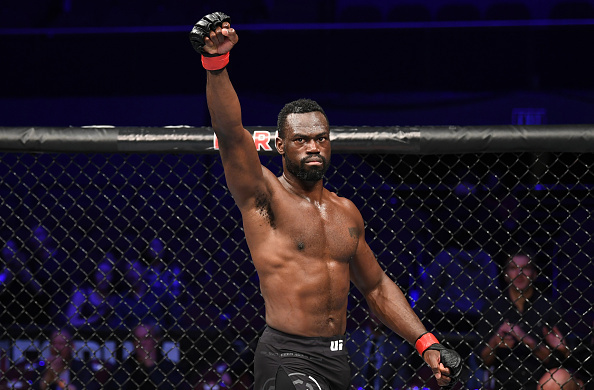 INGLEWOOD, CA – DECEMBER 29: Uriah Hall of Jamaica celebrates his KO victory over Bevon Lewis in their middleweight bout during the UFC 232 event inside The Forum on December 29, 2018 in Inglewood, California. (Photo by Josh Hedges/Zuffa LLC/Zuffa LLC via Getty Images)

Other UFC fighters who retired in 2022