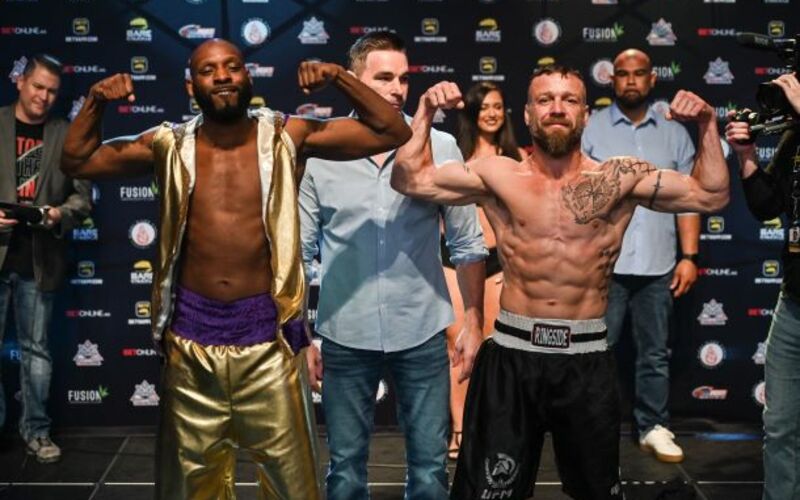 Before Jake Paul and Tyron Woodley take over the fight scene in Tampa, Florida, BKFC had its last card of the year as they ended on a bang and set up a title fight for 2022 in the same process.

The card was headlined by a 155-pound title eliminator between Martin Brown and Bobby Taylor. The winner was set to have the pleasure of facing the BKFC lightweight champion and one of its biggest and toughest stars, Luis Palomino, at a future event in 2022.

Brown showed that he was the more dominant fighter picking Taylor apart from the first bell. He scored a knockdown in the first and from there was able to dictate the direction of the fight and make himself look impressive in the process. He and Palomino should make for a very fun match up for the promotion in 2022.

The co-main event had Taylor Starling remain undefeated in the promotion when she took on a debuting Hannah Guy who has fought in Bellator earlier this year. Starling and Guy had a rather competitive fight, but it was the BKFC veteran who was edge out a decision on the judges scorecards to setup a meaningful matchup for her inside the BKFC ring in 2022. As for Guy, she should have earned some fans last night because despite the loss as she did look impressive in the process.

Noah Cutter def. Jordan Nash via TKO (Doctor’s Stoppage) at 0:46 of Round 5

Joshua Ridge def. Jerald Gregori via Knockout at 0:41 of Round 1

Rynell Riley def. Trukon Carson via TKO (Doctor’s Stoppage) at 0:17 of Round 3

Stevo Morris def. Jorge Gonzalez via Knockout at 1:43 of Round 2