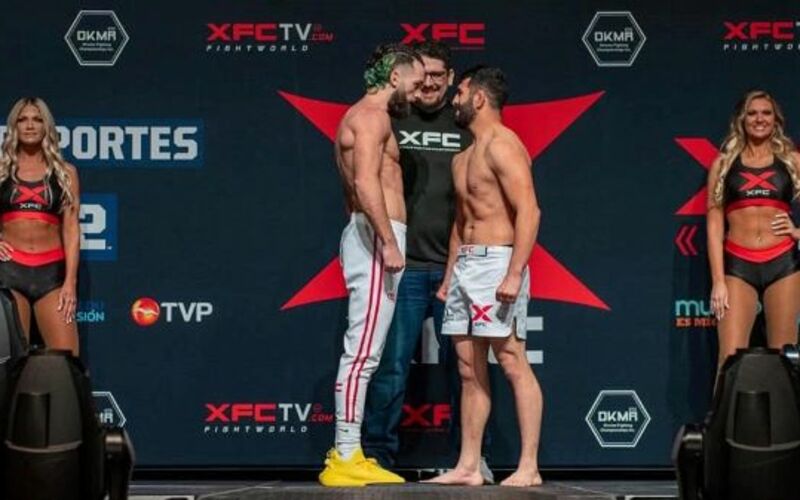 MMA’s only publicly-traded organization, XFC, returns to action with its Young Guns series, featuring the top prospects that the organization has to offer. XFC Young Guns 4 goes down tonight from the DeltaPlex Arena in Grand Rapids, Michigan.

The card is headlined by Dana White’s Contender Series veteran Kenny Cross in a lightweight battle against Jose Martinez. “The Boss” Cross makes his return for the first time after an injury sidelined him for over a year. XFC picked up the fighter on the back of a dominant win on DWCS after he was not offered a UFC contract. He was inserted into the XFC lightweight tournament and was considered a favorite to win it, picking up a TKO win over Jarel Askew at XFC 43 in the opening round. However, the aforementioned injury forced him to pull out. He returns to face “Lil Juggernaut” Martinez, an LFA veteran with a record of 12-5 who picked up a first-round submission in his last outing.

The co-main event features a bantamweight fight between young phenom Austin Bashi and Darnell White. Bashi is 4-0 as a professional, with all of his dominant wins coming under the XFC banner, while “The Jackal” White will look to rebound from his first professional loss at XFC 45.

MMA Sucka has fight fans covered with XFC Young Guns 4 results, with the preliminary card kicking off the action at 8pm ET/5pm PT on XFC’s Facebook page, followed by the main card at 10pm ET/7pm PT on Fox Sports 2.

Austin Bashi def. Darnell White via TKO (Ground and Pound) at 2:07 of Round 1

Mando Gutierrez def. Chaka Worthy via Submission (Rear-Naked Choke) at 1:49 of Round 1

Dennis Hughes Jr. def. Jorden McDonald via Submission (Armbar) at 3:47 of Round 1

Mike Taylor def. Moe Williams via Submission (Rear-Naked Choke) at 3:11 of Round 1

Adam Kehr def. Michael Johnson via Submission (Guillotine Choke) at 1:11 of Round 1

Hunter Oberst def. Joel Harkey via Submission (Rear-Naked Choke) at 2:33 of Round 1

Brendan Duneghy def. Ousman Sarr via KO (Head Kick) at 0:23 of Round 1