Who had the Best UFC Debut this Year? 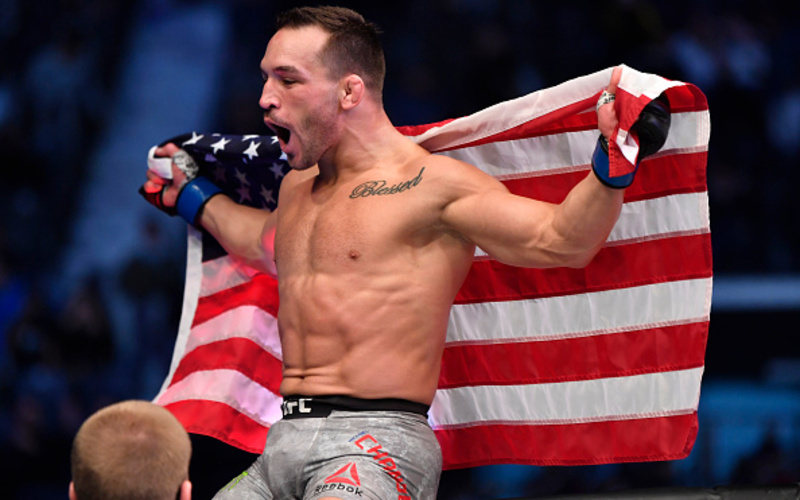 As we know, the UFC are always looking for new talent and the next ‘big star’. This year, despite having a majority of events behind closed, there were still some huge signings and some huge debuts. We take a look at the best debuts in the UFC this year and give a nod to those that really made headlines.

Who had the Best UFC Debut this Year?

‘Iron’ Michael Chandler smashed (literally) his way onto the UFC scene back in January at UFC 257. The former Bellator lightweight king was matched against Dan Hooker. Hooker is a legitimate 155lbs contender and at the time was 7-2 since returning to the division. The two guys personalities clashed and it lead to exciting pre fight antics. Chandler would go on to emphatically knock Hooker out in the first round, cut a phenomenal promo and got himself into a title fight against Charles Oliveira in May.

Arriving into the UFC a former CageWarriors featherweight champion, Paddy Pimblett‘s UFC debut was long overdue. MMASucka knew Pimblett was ‘one to watch‘ way back in January of 2020 and his debut certainly didn’t disappoint. Taking on the game Luigi Vendramini, Pimblett lived up to the hype, knocking his foe out in the first round. The good thing for Pimblett is that he didn’t look flawless, meaning opponents won’t fear him in future match-ups. 2022 is certainly going to be huge for ‘The Baddy’.

Staying with the European’s, Ian Garry debuted in the UFC at Madison Square Garden with an undefeated record of 7-0. The former CageWarriors champion had recently split from his team but was set to face off against Jordan Williams. Williams was certainly a good opponent for Garry, but the Irishman showed his talents to score a first-round finish. Cutting a brilliant promo post-fight, Garry is, without doubt, one for ‘The Future’.

Alex Pereira is one of the most experienced kickboxers to debut in the UFC. He’s certainly later in his career at aged 34, but with that age comes phenomenal combat experience (don’t forget, he’s the only man to knockout middleweight champion, Israel Adesanya). After a back and forth first round at UFC 268, Pereira exploded in the second round with a flying knee to finish his opponent. He’s already scheduled to make his second octagon walk when he’s set to clash with Bruno Silva in March which promises to be all action for as long as it lasts.

A debut finish you knee-d to see 🤯

Alex Pereira is your final nominee for Debut of the Year 🏆

One of the most underrated debuts of 2021, ‘King’ Casey O’Neill has burst onto the UFC scene. At just 5-0 she faced Shana Dobson and dominated the American. Dobson was coming off the back of the biggest win of her career but O’Neill didn’t let her get on a roll. 132-27 on total strikes, including four takedowns, O’Neill’s debut was phenomenal. She would go on to pick up two more finish victories, one by submission, one by TKO. She’s set up a huge 2022 for herself and it starts against Roxanne Modafferi in February.

First day on the job ✅

Seriously overwhelmed with it all currently, I see all the messages and support ! Big post to come but for now I’ll enjoy the best night of my life 🏴󠁧󠁢󠁳󠁣󠁴󠁿🇦🇺👑 pic.twitter.com/1L6W3f9YeO

Recognise the name? Once one Nurmagomedov retires, another makes his UFC debut. Umar Nurmagomedov made his UFC debut after three previous cancelled bouts. Taking on Sergey Morozov, Nurmagomedov produced an impressive shut-out. The bantamweight phenom limited Morozov to just eight total strikes across eight minutes of his debut. With an impressive mixture of takedowns and striking, Nurmagomedov is going to be a huge problem in 2022. He was set to face Jack Shore, however, it is understood that this one is no longer going ahead.

‘The Beast’, Manon Fiorot began her UFC career with a record of 5-1, with her only loss coming in her debut to Bellator’s Leah McCourt. The UAE Warriors flyweight champion dominated her debut with a second-round TKO finish of fellow debutant, Victoria Leonardo. The French fighter showed an impressive striking game, not allowing her opponent to get any offence off. She went on to pick up two further victories, firstly via TKO and then by dominant decision. She’s now ranked #14 and is set to clash with Jessica Eye in the new year.