ONE: Only The Brave Full Card Announced 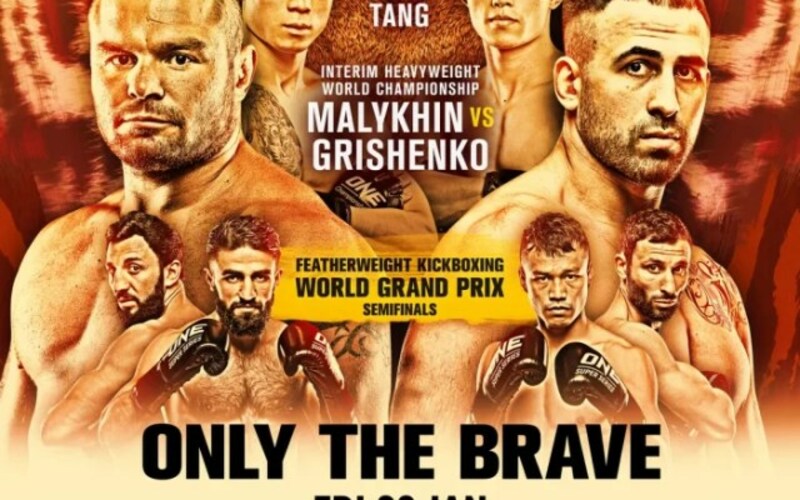 ONE Championship is starting 2022 on fire. After ONE: Heavy Hitters begins the year on Friday, January 14. They will return with a massive card for ONE: Only The Brave two weeks later.

ONE: Only The Brave Fight Card Announced

The organization previously announced the main event for the ONE Interim Heavyweight World Championship. Top contenders Anatoly Malykhin and Kirill Grishenko will try to claim gold and stand atop the division alongside Arjan Bhullar. However, ONE has added 11 incredible bouts to round out the event in a spectacular fashion.

One of the most significant additions to the card will be the semifinal round of the ONE Featherweight Kickboxing World Grand Prix. The round will see semifinal bouts on the main card, while an alternate bout between Smokin’ Jo Nattawut and Dovydas Rimkus takes place on the lead card.

In the first of two semifinals, Sitthichai Sitsongpeenong and Davit Kiria clash for the third time in their careers. Sitthichai holds the 2-0 edge, but Kiria is hoping to continue his upsetting ways to punch his ticket to the final. Following that bout, #1-ranked featherweight kickboxing contender Marat Grigorian meets #4-ranked Chingiz Allazov in a bout sure to deliver excitement.

After the semifinal matches, featherweight mixed martial artists Tang Kai and Kim Jae Woong will compete in a high-stakes bout of their own. The South Korean sits on the precipice of a title shot, but Tang Kai has been on a roll as of late and looks to usurp his position with his third-straight knockout performance.

But the stakes are not only high on the main card. The lead card will be topped off by an incredible strawweight battle between two top contenders.

The strawweight collision will capture the attention of ONE Strawweight World Champion Joshua Pacio, as the matchup could prove to be a title eliminator and send the victor to his doorstep later in 2022.

All of the action and more will come your way on Friday, January 28, as ONE: Only The Brave airs on YouTube. This is an insanely stacked event to help get the new year started off on the right foot. Fans should expect a wild night.

ONE: Only The Brave Main Card