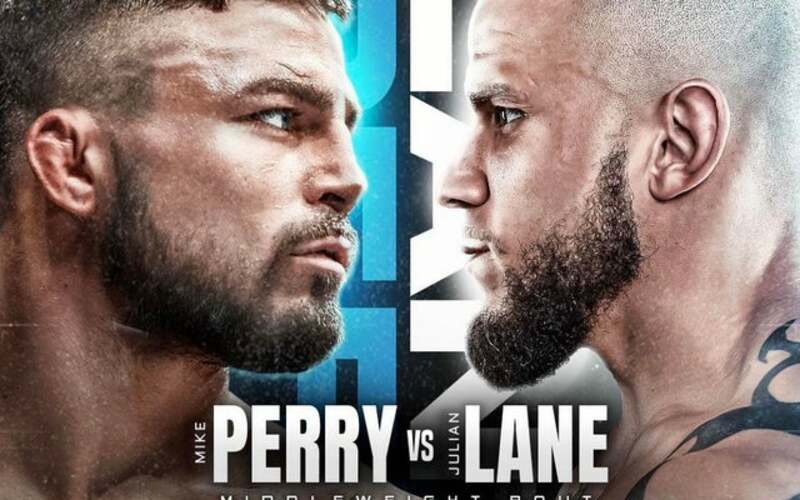 The Bare Knuckle Fighting Championship is on the road to the second edition of its biggest, annual event – KnuckleMania. It will take place on February 19th in the Seminole Hard Rock Hotel and Casino in Hollywood, Florida. The heated meeting between Julian Lane and Mike Perry will serve as the main event of this card which also consists of two title fights and the debut of UFC and WEC veteran, Chad Mendes.

BKFC President Dave Feldman spoke on the event in his recent interview with MMA Fighting and confirmed that the aforementioned matchups will happen.

Perry vs. Lane quickly became a most talked about topic that considers BKFC after two fighters got into punches exchange at promotion’s event in Tampa, Fla.  Perry was serving as a guest commentator, when Lane threw thrash at him and two of them quickly clashed verbally only to let fists flying seconds after. The whole incident was caught on camera and made its way to social media.

Platinum signed with BKFC this past October after being released from his UFC contract, ending his eight-year sting in the promotion. Perry stated that BKFC made him a lucrative offer that he couldn’t refuse and that’s why he chose to try himself in bare-knuckle fighting. Signing former MMA stars became BKFC’s habit since the promotion’s first event back in 2018. Lane’s fight will serve as Perry’s promotional debut.

The Ultimate Fighter 16th season alumni, Lane became famous because of his excentric antiques, including famous plead to fellow cast member “Let me bang, bro” while being intoxicated and aggressive toward another fighter. Nitrane never made it to UFC and spend his professional MMA career competing at the regional circuit, stacking up 12 – 9 -1 record before making the transition to bare-knuckle boxing in late 2018. He made his debut at WBKF event, defeating Joey Angelo by unanimous decision. After WBKF closed its doors, Lane signed a deal with BKFC, where he won two out of six fights which results in an overall 3 – 4 bare-knuckle record.

Feldman simply stated that ‘KnuckleMania’s going to be tremendous’ and that he’s pretty sure about the event’s success as the previous event sold more tickets than any of it kind held at the Hard Rock Hollywood Casino. And this is no small achievement if you look up all the boxing and MMA organizations that held events at this venue. He confirmed that Mike Perry vs. Julian Lane is set and that Luis Palomino will defend his title against Martin Brown and Chad Mendes will make his debut.

Money will be debuting in bare-knuckle fighting after he made a decision to come out of retirement. The experienced featherweight and former UFC title contender fought the MMA best with mixed results. He ended his professional Mixed Martial Arts career after a loss to Alexander Volkanovski at UFC 232 in 2018. Since then he made one appearance at the combat sports competition circuit at Quinter Ultra grappling event, where his bout with Gesias Cavalcante ended in a time limit draw.  Now he will return to the ring against the unknown opponent at this time.

The second title fight, next to Palomino – Brown one, will be for an inaugural BKFC Women’s championship. Feldman admitted that the original plan was to hold a tournament with a championship belt as a prize to a winner, but it was scrapped in favor of Britain Beltran duking it out against the opponent to be announced in the near future.

Beltran, who is considered a superstar of women’s bare-knuckle fighting, made a name for herself by defeating former UFC competitor, Paige VanZant. After that, she continued her winning ways by beating UFC veteran Pearl Gonzales and Jenny Savage, which put her in a spot to fight for BKFC title at KnuckleMania II.

According to Feldman the final cad is coming together quite nicely, and there are still a few matchups to be finalized, for example, a former UFC fighter Brian Foster debut fight. Feldman expects that the upcoming event will go down in history as the biggest card in bare-knuckle fighting history.