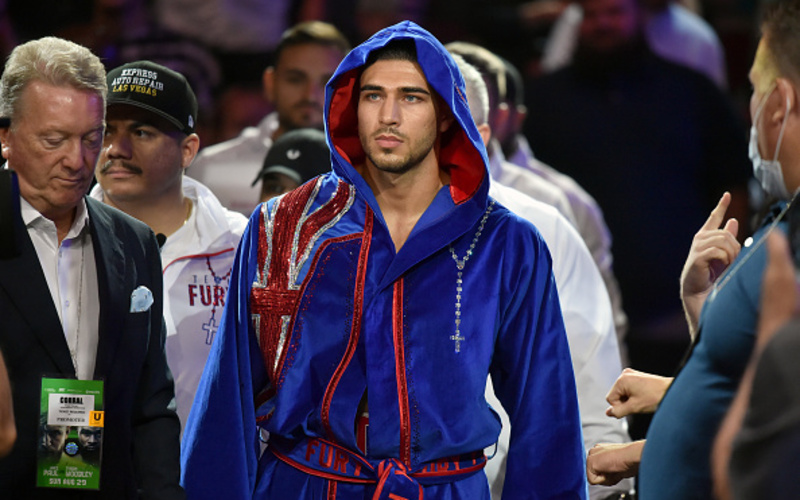 It may look like Jake Paul has moved forward from his canceled bout with Tommy Fury, but the brother of boxing world heavyweight champion, Tyson Fury, thinks that the two of them will meet in the ring.

Fury found himself under Paul’s verbal fire since withdrawing from their originally scheduled December 18th boxing match due to a broken rib and chest infection he suffered during training camp. This chain of events led to Paul’s rematch with Tyron Woodley, ending in former UFC welterweight champion being knocked out in a sixth-round, providing a highlight-reel ending to a lacklustre meeting.

In his recent interview with The MMA Hour Fury responded to all Paul’s accusations and critique, striking back with his own statement about Paul – Woodley matchup.

Fury stated that his withdrawal wasn’t any kind of show and it wasn’t faked. He was offered good pay and he’s used to fighting real fighters, so it wouldn’t make any sense to turn down this fight. Especially, when he’s coming to the next level, where he will fight only serious challengers, slowly closing the window of opportunity to make this fight happen. And if anybody looks at all six rounds of Paul – Woodley rematch they’ll see that there wasn’t any reason for him to withdraw, as it was the worst six rounds in the history of boxing.

After looking at Paul’s disposition in this fight Fury is sure that he would beat him within the first four rounds. The bout itself was hard for him to watch as none of the participants was willing to commit and the whole thing looked like a training session instead of a real boxing fight, exposing Paul as a raw novice.

The Englishman is still recovering from his injuries, but he expects that he will be medically cleared to compete in the near future. His sights are still focused on a fight with Paul, and according to him, YouTube celebrity should be motivated to get this match to happen and prove that he can fight an actual boxer instead of taking on an athlete representing different combat sport. As for himself, he plans to compete four times during 2022, so he’ll not wait too long to Paul make his mind about rescheduling their bout.

Opportunity to prove himself

Younger of Fury brothers stated bluntly that his main goal is to become a boxing world champion and Paul’s fight didn’t do anything to get him closer to realizing it. Only the fact that this is a matter of unfinished business is keeping him still interested and willing to make it happen. It’s a big fight for both of them, as Fury could get a chance to close this chapter of his career, and Paul could test himself against a real boxer and prove that he’s serious about the sport. Something that is doubtful, as he keeps referring to UFC.

Fury will wait for a certain amount of time, and if this fight will not happen he’ll just move with his career, but Paul will lose an opportunity to prove whether or not he’s a legitimate boxer.