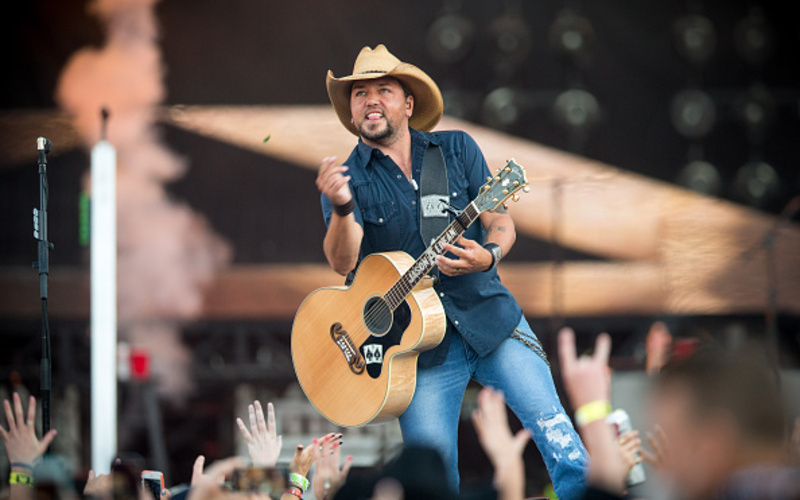 Country Music Superstar Jason Aldean has been added by Triller Fight Club as the extraordinary musical guest for their highly anticipated Triad Combat II event set for Saturday, February 26, 2022 from the world-renowned Toyota Center in Downtown Houston, TX and streaming live on FITE  and TrillerFightClub.com. Aldean will perform a full concert at Triad Combat II including his new hit single, ‘Trouble with a Heartbreak.’

Aldean is a three-time Academy of Country Music “Entertainer of the Year” and continues to be a card-carrying member of Country’s elite touring headliners. Following 26 number one songs, the multi-platinum entertainer will release his tenth studio album, Macon, Georgia on April 22 with his fans expected to pack the Toyota Center at Triad Combat II.

The Triller Triad Combat ring debuted last November. The ruleset focusing on the standup, it is the new strikes that they allow with traditional boxing that allows for fans to be drawn into something new. Like in boxing, only punches will be allowed but adding the punches of hammerfists and spinning back fists as well. Obviously, no kicks or elbows are permitted but the new fighting style will allow clinching and striking from the clinch. Each matchup on the card pits an MMA fighter against a boxer to see which “team” will adjust to the new ruleset the best.

Triad Combat II will once again be produced by the award-winning Nigel Lythgoe, the Triller Fight Club visionary in addition to the producer and creative force behind American Idol and So You Think You Can Dance.