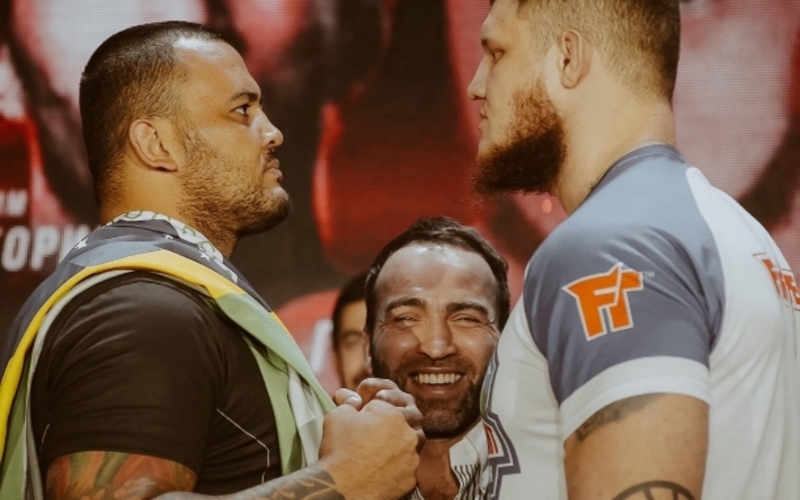 AMC Fight Night 108 kicks off the promotion’s first card of the year. The card is set to happen in the Crocus Expo, Aquarium Arena in Krasnogorsk, Russia.

On less than a day’s notice, Brazilian veteran Alison Vicente (27-20) steps in to take on Grigoriy Ponomarev (3-1) in this card’s main event. While Rizin vet Vicente is a seasoned veteran fighting out of the famed Chute Boxe, Ponomarev is an up-and-comer out of Fedor Emelianenko‘s team in Russia who fought on the last AMC Fight Nights card. Rodrigues has finished 11 out of his 13 wins while Ponomarev has finished his opponents in all 3 of his wins. Expect heavy bombs to be exchanged by these heavyweights. There is a small chance it goes to the judges score card.

The card’s co-main event features middleweight kickboxer Alexander Stetsurenko taking on former boxer Timur Nikulin in their respective debuts in an MMA cage. Stetsurenko is a former three time Tatneft Cup tournament winner, Kunlun Fights tournament winner, and a W5 World Champion. There was not much information to be found on Nikulin besides his (2-0) professional boxing record. It will be interesting to see if either fighter experiences any debut jitters.

Other notable fights on the card include welterweights Pavel Ardyshev (5-2) taking on Kirill Krykov (9-3-1) – Ardyshev is stepping into the fight on short notice since Krykov’s previous opponent Artur Pronin backed out of the fight. Maxim Butorin (21-4-1) vs. Yuriy Ermolenko (4-4) will be happening at welterweight as well. To start off the card, lightweights Dorobshokh Nabotov (3-0) from Tajikistan will be fighting against Russia’s Murad Abdulazimov (1-0).

Grigoriy Ponomarev def. Alison Vicente via TKO (Punches) at 1:21 of Round 1

Alexander Stetsurenko def. Timur Nikulin via TKO (Punches) at 2:31 of Round 2

Gleb Khabibulin def. Furkat Komilov via KO (Left Hook) at 0:40 of Round 3

Nikolai Denisov def. Mukhibsho Gulobov via Submission (Triangle Choke) at 1:33 of Round 3

Magomed Aliev def. Imam Saitov via TKO (Punches) at 2:21 of Round 2