Invicta FC 46 Set with Six Bouts, Open to the Public 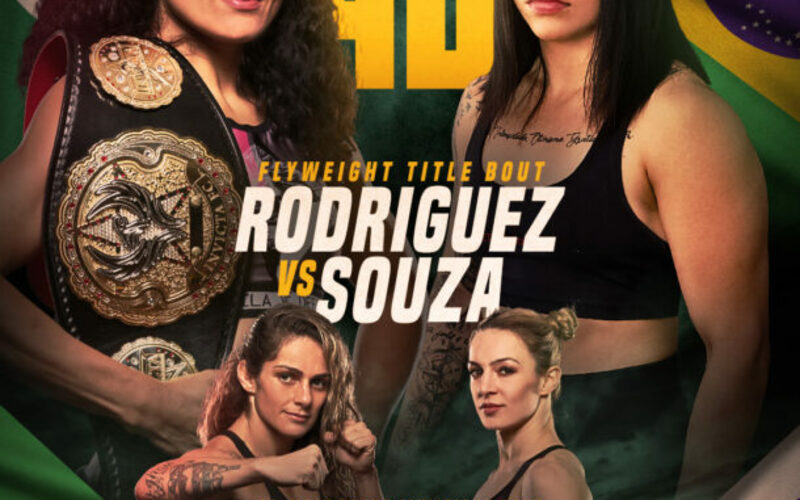 Kristina Williams, who went 3-3 in Bellator, will fight Flore Hani at flyweight at Invicta FC 46. In addition, Fatima Kline makes her return to the Invicta cage against Nadia Vera. With the announcement by Invicta of the additional two bouts, the fight card for Invicta FC 46 is complete with six bouts. The promotion also announced that the event will now be open to fans and will take place at the Memorial Hall in Kansas City, Kansas.

Complete with six bouts, Invicta FC 46 is headlined by Lobo Gym’s Karina Rodriguez (9-4) making her first defense of the flyweight title against Invicta newcomer, Ketlen Souza (11-3). Rodriguez’s long road to the title finally paid off last year when she won a punishing decision against Daiana Torquato (10-4).

The flyweights takes center stage as Mexico's @kari_mma is set to defend her @InvictaFights title for the very first time against Brazil's Ketlen Souza! PLUS @DudievaMilana battles @Torquatowmma!

Bellator threw Kristina Williams (4-3) straight to the fire as soon as she was signed, breaking the nose of boxer Heather Hardy. Her trajectory seemed to shoot straight upward when she followed up the win over Hardy with a split call over current Invicta strawweight champion Emily Ducote.

The next several contests in Bellator yielded mixed success for Williams, however; as she dropped bouts against Valerie Letourneau, Juliana Velasquez, and Denise Kielholtz, her release from the promotion was inevitable. After winning a follow-up fight in XFC, Williams is ready to prove she still has a long way to go in her MMA career in Invicta.

Her opponent, Flore Hani (4-1), will give Williams all she can handle in her debut. Hani has fought for both Invicta and LFA and trains at Team Oyama in Irvine, California. She’s on a four-fight winning streak and represents French Polynesia in the Invicta cage.

Despite having only one pro fight, New York’s Fatima Kline (1-0) has given MMA fans a reason to look forward to her return. After her dominating in debut performance last May, “The Archangel” travelled to Cancun, Mexico and took the inaugural Medusa BJJ 115lbs belt.

Standing in her way is 3-1 Mexican, Nadia Vera. Vera found tremendous success as an amateur in the IMMAF championships and has competed for Budo Sento Championships since going pro. A product of Mexico City’s Bonebreaker’s MMA, Vera trains alongside notable Mexican fighters Erick Montano and Ana Palacios.