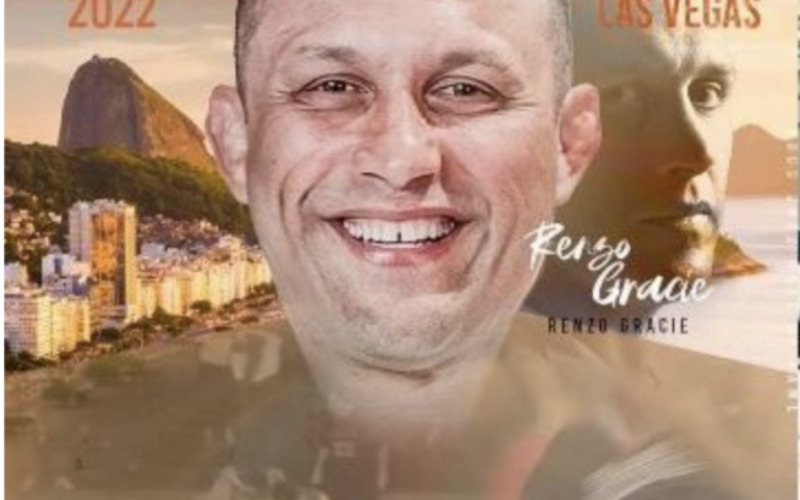 A true pioneer of both competitive grappling and Mixed Martial Arts, and livelong icon of BJJ, Renzo Gracie is the next inductee to ADCC Hall of Fame.

A BJJ black belt under Carlos Jr. Gracie, like many other family members he started training in his infancy. Also, like his cousins and brothers, he participated in many brutal Vale Tudo bouts in his native Brazil. Although his main focus was MMA competition, Gracie has participated in various submission grappling tournaments. He won his first ADCC championship at the premiere edition back in 1998. Gracie was ADCC mainstay until 2011, but he only captured one additional gold in 2000. His last grappling bout took place at Metamoris V, ending with a time-limit draw. This was a rematch against Kazushi Sakuraba for their fight at Pride 10, where a Japanese legend dislocated his arm.

On the MMA side of things, the first acknowledged fight in his record took place in 1992 at Desafio: Gracie Vale Tudo event. Grace won the World Combat Championship tournament in 1995. His claim to fame came in November of that year when he knocked out Oleg Taktarov at MARS event. His last fight in Brazil took place at a notorious Pentagon Combat event, financed by future ADCC backer, Sheikh Tahnoon bin Zayed. Gracie and Eugenio Tadeu never found out who was better, as fans started to riot, forcing police intervention and closing the event.

In the next chapter of his career, Gracie followed his family members and joined PRIDE roster. After three fights he left to participate in RINGS: King of Kings 1999 tournament. He made his way to the finals, defeating former UFC heavyweight champion Maurice Smith in the process, only to taste his first defeat after losing to Kiyoshi Tamura. After that he made his PRIDE comeback, only to lose once again, this time to the aforementioned Sakuraba and Dan Henderson. When his PRIDE tenure came to an end Gracie made appearances in various promotions: K-1, IFL, ELITE XC, and UFC. In his Ultimate Fighting Championship Debut and what was his only fight inside the octagon, he lost to Matt Hughes. Gracie made a one-time return at ONE Championship: Reign of Kings back in 2018, where he submitted Yuki Kondo by a Rear-Naked choke.