Martin Nguyen Feels Pressure Ahead Of Lights Out Return: ‘I Just Need To Win’ 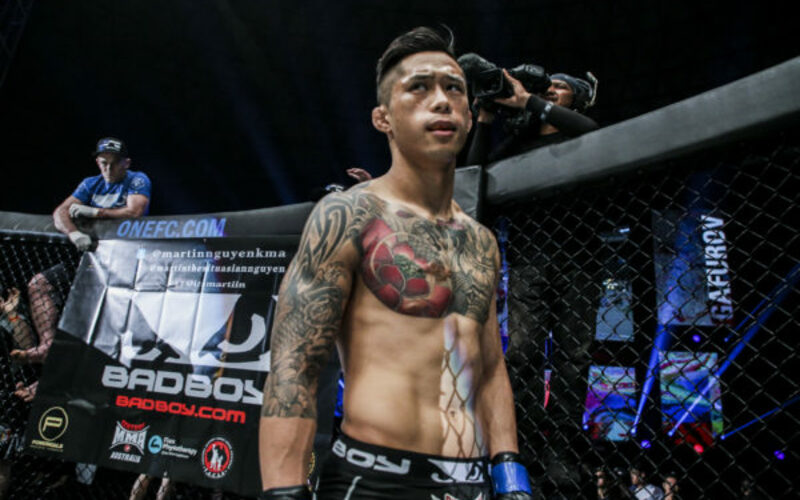 On Friday, March 11, Martin Nguyen will try to get back in the win column to make another push to work back toward ONE Championship gold against newcomer Kirill Gorobets at ONE: Lights Out.

Nguyen, a former two-division World Champion, lost the featherweight title to Thanh Le, who will headline ONE: Lights Out against Garry Tonon, before dropping a follow-up match against Kim Jae Woong.

While the losses initially caused “The Situ-Asian” to reflect on what was going wrong, Nguyen shifted course to focus on the positives of his career.

“I was kind of in that black hole after two big losses, man. And I was kind of questioning everything when it came to this career,” said Nguyen.

“But appreciation, man, being able to still do this job, still being able to provide for my family, and train and do the sport that I love the most. That’s the main thing.”

“Not many people get to be full-time fighters or World Champions in their lifetime fighting, so we’ll see how it goes. But I’m actually happy, and I’m appreciative of everything that’s happened in my life right now.”

For this camp, Nguyen has been back in Australia full-time. The devoted father felt he needed to be at home for his family. However, the training is as intense as ever.

“Mentally, it’s so relaxing – not relaxing as in the training is very relaxing, but it’s good to know that when I go to sleep at night, I have my family,” said Nguyen.

“That’s the main thing anyway, but I haven’t actually done a fight camp in Australia since like mid-2018, so we brought back some old training regimes, some sand dunes, some hill sprints, and just all the mentally tough training that we used to do prior to me going to Florida. So, it’s a good walk down memory lane, but I’m actually happy with everything. There’s no excuses from me.”

And there cannot be any excuses as the 28-year-old Ukrainian is looking to make a splash against the former titleholder in his ONE debut.

Gorobets is riding a nine-bout win streak into the contest, and he holds a 72% finishing rate.

“A lot of people wouldn’t want to fight someone like that. But for me, I’m all for challenges. I don’t really care who it is. Whoever’s name is on their contract. I’m not the one to call people out. But whoever’s name is on that contract, I’ll sign it, no matter what. So yeah, regardless of where the fight goes, I’m happy with the matchup, and it has actually made me more focused than ever.”

Nguyen recognizes that Gorobets is a well-rounded athlete. With finishes by both knockout and submissions, the Vietnamese-Australian is willing to engage wherever he gets the edge.

“I don’t see him excelling in any area in particular. He’s got subs. He’s got wrestling. He’s got striking. He might favor one more than the other, but as for the fights that are online or that are posted, he’s an overall mixed martial artist,” stated Nguyen.

“So, if Kirill comes in expecting it’s going to be a walk in the park because I’ve lost my last two fights by knockout, he is probably going to think that he’s going to knock me out too. It’s been a long time coming, man. I’m a hard fight for anybody that signs a contract regardless.”

Nguyen has only lost to the elite, and he believes he is still capable of climbing back atop the mountain to claim the gold. That ascent will begin at ONE: Lights Out.

“The Situ-Asian” is preparing for the rudest of welcomes for Gorobets so that he can get his hand raised one more time.

“I’m just focused on getting the win. That’s the main thing. In any manner possible, however it comes. I just have to win in every position. Whether it’s in the stand-up, whether it’s on the ground, whether it’s pushing a pace, I just got to beat him everywhere. That’s why I know I can beat him and win this fight,” said Nguyen.

“But regardless, I just need to win. I just need to get that W back to get the ball rolling and start making my way back to the top, but this is my speed bump right now, which is my next opponent.”