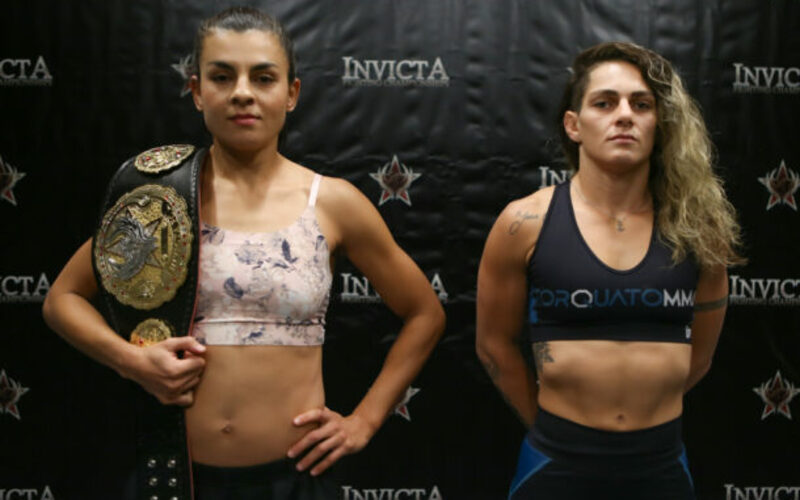 Women’s History Month is here, and Invicta FC is celebrating by hosting its 46th event. The flyweight title is on the line, atop a card of five high-impact bouts. Keep it here for live Invicta FC 46 results.

Almost one year ago, Karina Rodriguez and Daiana Torquato battled for five gritty rounds for the vacant flyweight championship. Although close and action-packed, Rodriguez had done more to deserve the coronation as champion. Tonight, they will run it back for the second chapter of their rivalry.

Rodriguez had originally prepared to defend her title against Ketlen Souza, but just days ago Souza had to bow out of the fight. Torquato, who was set to fight UFC veteran Milana Dudieva in the co-main event, then stepped up as a replacement.

Rodriguez has fought in Invicta for several years, battering foes with her lights-out boxing. She’s a training partner of current UFC fighters Irene Aldana and Alexa Grasso at Lobo Gym in Guadalajara, Mexico, a gym known for developing keen strikers. Torquato, on the other hand, has only lost to Rodriguez in pro-MMA fights for the past seven years.

Denise Gomes def. Milana Dudieva via TKO (Ground and Pound) at 1:56 of round 3