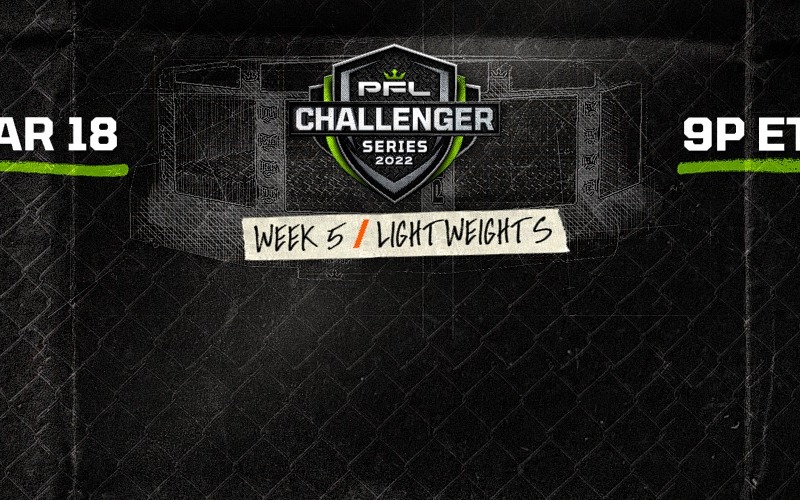 The PFL will be returning this week for the PFL Challenger Series 5 on Friday night at the Universal Studios in Orlando, Florida. There will be four lightweight bouts on this card and it will be headlined by Brazil’s Bruno Miranda (13-3) facing off against the United States’s Carson Frei (9-4). The event is set to take place at 9 p.m. ET and will be broadcasted live on Fubo TV.

Bruno Miranda, who trains out of the famed Tiger Muay Thai gym in Thailand, is currently riding an impressive four-fight win streak coming into Friday’s PFL Challenger Series 5 main event. Miranda certainly will aim to finish the fight as he has done so in 10 out of his 13 wins, with most of his finishes coming via KO/TKO.

Carson Frei, who trains out of Rose City FC in Oregon, is looking for the biggest win of his career to date. After dropping his first professional bout in 2015, Frei went on to win six straight fights. Since then, Frei has split his last six fights evenly at three wins and three losses. Frei is most recently coming off of a first-round submission win against Westin Wilson (12-6) under the Fierce FC promotion.

Ferhatbegovic is one of the younger prospects on the card, but in the past, he has actually fought current/former UFC fighters in Jonathan Pearce and Luis Pena back in 2017, where the Bosnian fighter lost both bouts by submission. Seeing that the Bosnian fighter’s only two professional losses were to UFC caliber fighters makes him an intriguing prospect to tune into Friday night.

B.J. Bland, who has had 26 professional bouts, comes in as the most experienced fighter on the card. Since 2019, Bland has rattled off a three-fight win streak including two submission wins. Fans should look forward to this bout between an up and comer and an experienced veteran who is looking to finally break into the larger promotions.

Also on the card will be Canada’s Michael Dufort (8-4) fighting Armenia’s Arut Pogosjan (9-3). This will almost surely be an electrifying fight as Dufort has finished his opponents in all eight of his professional wins, while Pogosjan has finished more than half of his opponents in his wins. Dufort is coming off of a split decision loss to Kyle Prepolec (15-8), while Pogosjan is riding a three-fight win streak. Do not blink as this fight may not go the distance.

Kicking off Friday’s card will be a bout featuring Israel’s undefeated Yanal Ashmoz (5-0) fighting the 23-year-old American Dennis Hughes (7-3). Ashmoz, who is undefeated, has finished all of his opponents through KO/TKO’s or rear naked chokes. His wins come over the likes of Ryan Rizco and Luis Abdalla.

Hughes, who is the youngest fighter on the card, is riding a three-fight win streak and has actually fought current UFC newcomer A.J. Fletcher in the amateur scene back when he was only 21 years old. Hughes has never been finished in his professional career. This will be an extremely entertaining fight to kick off the event Friday night.

The PFL Challenger series sees young and up-and-coming male and female MMA prospects who will compete for a slot in the PFL tournament season and a chance at $1 million.