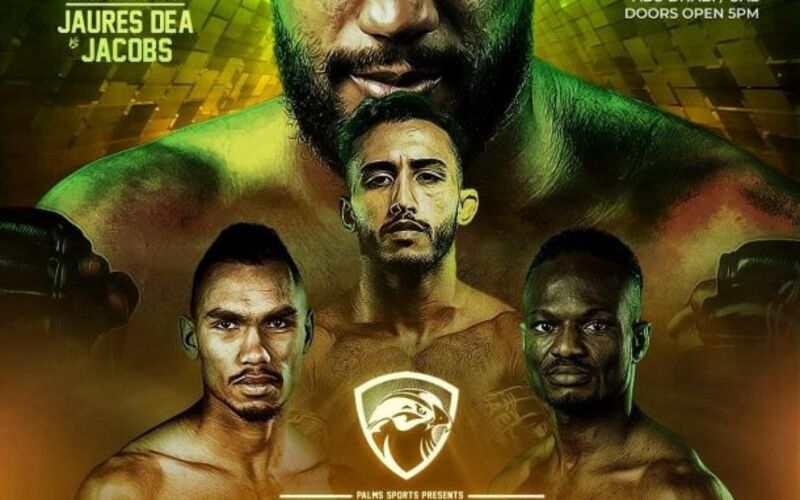 UAE Warriors continues to strive to put on fight nights to keep fans entertained. For the first time ever, UAE Warriors puts on three consecutive nights of action, with each night highlighting a specific region. The promotion was already getting applauded for being consistent in their deliverance of fights. The first UAE Warriors card that focused on talent from the African continent was UAE Warriors 25: Africa. Now, the second installment of that series kicks off the thrilling weekend of action. Some names that will be familiar to UAE Warriors fans make their returns whilst other fighters make their Abu Dhabi debuts. The card is stacked and will certainly be a start of a great weekend.

UAE Warriors is certainly continuing to grow, and that is reflected across the promotion’s divisions. The main event of the promotion’s first offering of the weekend will see the crowning of a brand new UAE Warriors Africa welterweight champion. Wisem Hammami (6-0) began his amateur career in 2016 and has translated that success to his pro career. Hammami’s first fight in the promotion was at UAE Warriors 21 where he took on Omar Hussein, winning via unanimous decision. Now, in just his second fight in the promotion, Hammami is looking to add to it all by claiming the top spot. Most of Hammami’s fights have ended by way of KO/TKO or submission, but his opponent may prove to be a challenging obstacle.

Badreddine Diani (4-1) might just serve to be Hammami’s match in this fight. Much like his opponent, Diani’s career began in 2016. With a 2-0 record, Diani made his UAE Warriors debut at UAE Warriors Arabia 1 and, although it was a losing effort, Diani managed to go the distance with his opponent, Yousri Belgaroui. Diani’s second showing for the promotion allowed the Moroccan to prove himself with a vicious barrage of punches upon Sofiane Aïssaoui leading to an early second-round stoppage at UAE Warriors 19. At UAE Warriors 21, Diani reached his three-fight mark with the promotion and ensured that he did enough to secure the split decision victory over Abdulla Al Bousheiri. Whilst Hammami, although being able to get the victory in any manner, seems to be more comfortable with submitting his opponents, Diani has proven that he can always do enough to get the judges to find him deserving of the wins. This makes for an interesting fight as fight fans look to see whether we could expect a full five-round fight or whether there could be a fast finish.

Regardless of the result, Hammami and Diani both look to claim this prestigious gold but, in their way, stands a fellow fighter who has the same desire to claim gold, and this fight can be expected to showcase both fighters’ full potential, passion, and drive.

This event is set to begin on Friday, March 25th at 6pm GST/10am EDT, and will be available to watch on UFC Fight Pass.