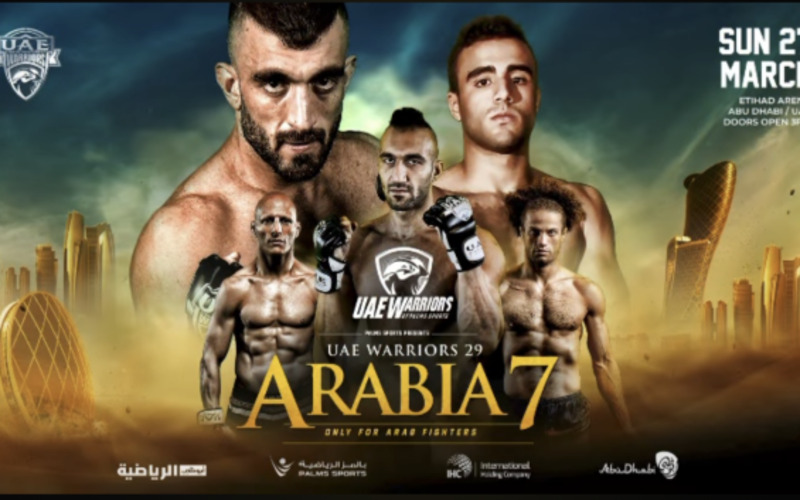 In the main event, UAE Warriors Arabia lightweight champion Mohammad Yahya defends his title for the first time against Mohamed El Jaghdal. The two-fight Bellator veteran Yahya holds a 10-3 record coming into this fight, including a three-fight win streak and only one loss in his six UAE Warriors outings. El Jaghdal makes his promotional debut after compiling a 7-4 record fighting in promotions around Spain, and has lost three of his last five.

The co-main event brings UFC veteran and Titan FC featherweight champion Ali AlQaisi back to UAE Warriors to earn the UAE Warriors Arabia featherweight title against Brave CF and ONE Championship vet Ahmed Faress. Jordanian “Royal Fighter” AlQaisi rides a three-fight win streak since being cut by the UFC, including picking up the Titan FC belt and UAE Warriors International belt in his last two outings. Egyptian “Prince” Faress, meanwhile, most recently had a two-fight win streak snapped at ONE: Full Blast.

MMA Sucka has fight fans covered with UAE Warriors 29 results, with the event starting at 9am ET/6am PT, and will be available to watch on UFC Fight Pass.

Hussein Salem def. Hamza Bougamza via Submission (Rear-Naked Choke) at 3:34 of Round 1

Abdulla Aldabal def. Walid Saad via TKO (Ground and Pound) at 0:38 of Round 1

Narwas Abzakh def. Mahmoud Atef via Submission (Baseball Choke) at 0:35 of Round 1