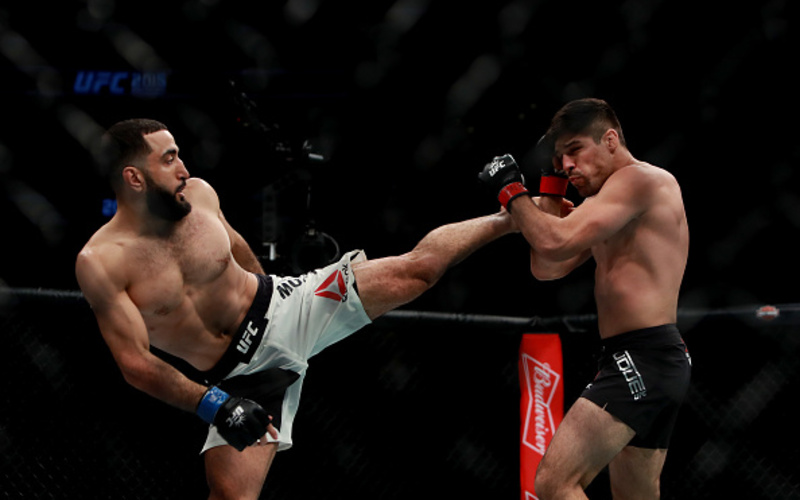 Over six years since their first battle, Vicente Luque and Belal Muhammad have each found success and climbed the rankings into the top-six of the division, and they will face each other once again in the main event of UFC Vegas 51. Here we discuss the odds and analysis from a betting perspective.

Vicente “the Silent Assassin” Luque has quietly emerged as one of the top contenders in the division and if he can stop Muhammad again, after being the only person to knock Muhammad out in his first-round TKO win in 2016, he will move closer to a match up with a top-five opponent or even a possible title shot.

Luque is thirty and three years younger with a three-inch reach advantage over Muhammad, averaging 5.65 significant strikes landed per minute (SLpM) with a 54 percent striking accuracy, 5.67 strikes absorbed per minute (SApM) with 52 percent striking defense, 0.64 takedowns per 15 minutes with a 50 percent takedown accuracy, 64 percent takedown defense and 1.0 submissions per 15 minutes, according to UFC Stats.

Belal “Remember the Name” Muhammad has never been finished in his pro career to anyone other than Luque, and aside from a decision loss to Geoff Neal (UD, 2019), has no other losses in the UFC, even as the quality of his opponents has gotten better.

Popular opinion, and perhaps why this line favors the Silent Assassin, is that Luque is a significantly more skilled striker with more proven knockout power than Muhammad, and that Muhammad’s only path to victory is to wrestle but that Luque’s acumen on the ground and with Brazilian jiu-jitsu will stymie Muhammad’s grappling and possibly make him susceptible to submission.

Both Michael Chiesa and Tyron Woodley are known for their wrestling ability yet both were submitted by D’Arce choke in the first round by the Brazilian, causing some to be skeptical about how effective Muhammad’s ground game will be this Saturday.

As exhibited in the rematches between both Brandon Moreno versus Deveison Figuereido and Aljamain Sterling versus Petr Yan, the outcome of the first contests, as convincing as they may have been, do not necessarily predict the outcome of the subsequent contests and it would be recency bias and an oversimplification to expect Luque to knock out Muhammad again.

Muhammad was a -135 favorite the first time these two fought, and for the line to have swung so much in Luque’s favor six years later would suggest that Luque has evolved into a significantly more skilled fighter than Muhammad, but this may be an overreaction.

Muhammad has grown as a fighter since his only visit to the shadow realm as a professional, highlighted by his complete domination over Stephen Thompson, who happens to be the last person to beat Luque, and Muhammad is very live to upset the Brazilian this weekend. Muhammad would be the person we would bet on if picking a side. And if picking a side, the best value is on taking Muhammad by decision at +275 or Luque inside the distance at +120.

Muhammad will likely employ a wrestling heavy attack but with a newfound intensity and sharpened skill that will help keep himself out of knockout range and not leave him open to be submitted for the first time in his professional career. If Luque does not knock out or submit Muhammad, then this fight goes the distance.