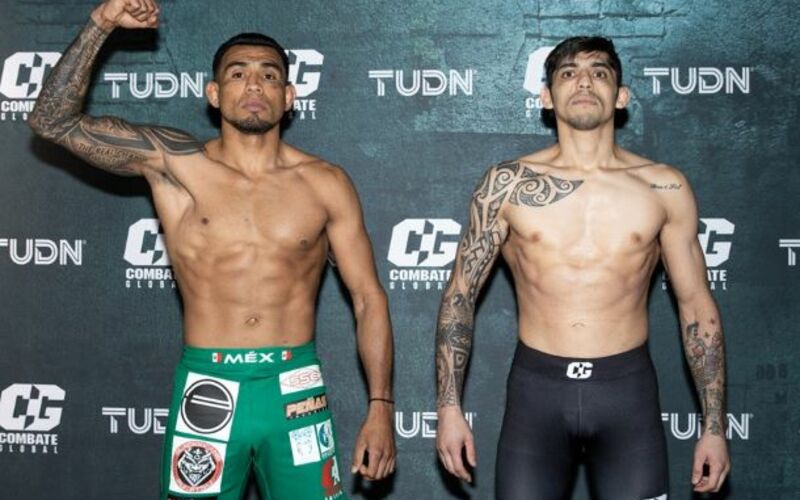 The co-main event features two 1-1 American flyweights in a battle between Mariel Celimen and Tyler Schaefer. Each fighter lost their last fight and will be looking to get back on track while breaking back into a winning record. Interestingly, Celimen’s last fight at Combate Global 19 ended via disqualification due to headbutts.

Rounding out the main card is “Hooligan” Hugo Flores, who will take on Richie Palomino at lightweight. Palomino has won four in a row after starting his career at 1-2, while Flores has gone 1-1 to start his tenure with Combate Global and sports a 9-4 record overall. Palomino also missed weight by over three pounds for this fight.

The preliminary card is headlined by a pair of bantamweights. Like the co-main event, both Gillian Noll and Invicta FC vet Kristina Pettigrew are both trying to break past their even professional records of 1-1 and 2-2, respectively. Prior to that, a pair of bantamweight prospects lock up as LFA vet Trevor Wells battles Cristian Barraza.

Claudio Quintana def. Ivan Castillo via Submission (Armbar) at 1:35 of Round 2

Mariel Celimen def. Tyler Schaefer via Submission (Rear-Naked Choke) at 4:09 of Round 3