Building The Perfect Prime Video Debut For ONE Championship 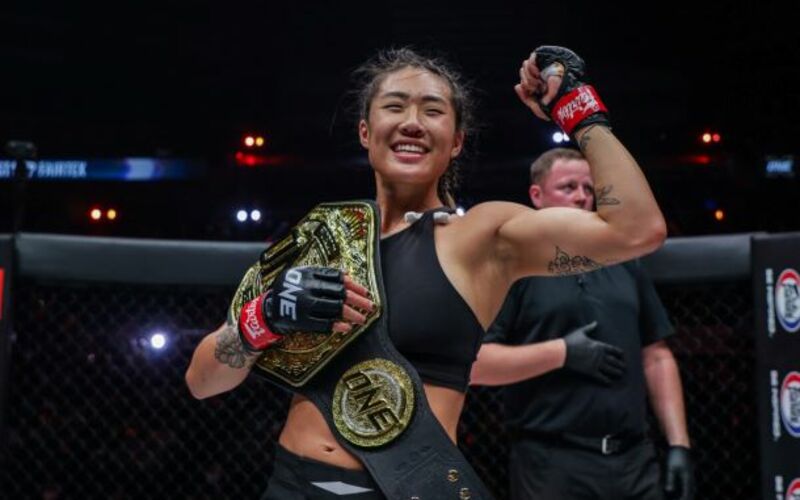 ONE Championship and Amazon announced their multi-year broadcast deal last week, and it will put ONE back in primetime in the U.S. when the deal gets underway. ONE will be sure to load up the card to deliver an unforgettable evening.

So, what could they possibly do for the first event out of the chute? Who could line the card?

Constructing a perfect card requires some star power but also matchups that will thrill crowds in the arena and watching at home. It will also require a little star building. It is introducing the stars of tomorrow, today.

Let’s grab our matchmaker hats and build an ideal first Prime Video event for ONE.

Angela Lee headlined ONE X because she is the face of ONE. That is exactly why she needs to be the one to headline the debut event on Prime Video.

The Hawaii-based athlete is unbeaten at atomweight, and longtime veteran Seo Hee Ham will be her toughest test to date. It has all of the makings for a classic.

Lee would get another chance to be the brand ambassador for ONE and introduce a new audience to the organization. Ham will get her chance at the elusive World Championship she has not been able to obtain for her legacy. It is the main event to make.

The star power, the stakes, and the matchup all make for the perfect main event to bring ONE to Prime Video.

This match is a must. It has been the strawweight match to make since former UFC contender Jarred Brooks signed with ONE, and now it is next on the docket.

Brooks clinched his title shot against ONE Strawweight World Champion Joshua Pacio with a first-round submission over Bokang Masunyane. The stage is now set for the title tilt, and it deserves to be in primetime in the United States.

Both parties have exchanged barbs through social media in the build-up to the meeting. When the Circle door closes, the Team Lakay star and the American challenger have equally exciting styles, making this a tantalizing matchup.

Anissa Meksen is considered by many to be the pound-for-pound best striker on the planet. Janet Todd is the ONE Atomweight Kickboxing World Champion. That pretty much says it all.

However, Meksen has also been calling out Todd since arriving in ONE. While it is not a heated rivalry, it does add a little spice to the matchup.

Meksen has looked flawless since arriving in ONE and has stunned global audiences with her skills, but Todd would be an intriguing matchup for her. Todd is quick and powerful in her own right, but she is also very intelligent, serving as an aerospace engineer while still being a high-level fighter.

Todd’s ability to break opponents down would be critical to combat the peerless technique of Meksen, and it would lead to an epic showdown of top-ranked atomweights.

Muay Thai in four-ounce gloves is one of the most exciting martial arts anywhere on Earth. ONE has brought it to primetime before, and they should do it again with a high-stakes battle.

The ONE Flyweight Muay Thai World Grand Prix will start on May 20 at ONE 157. The schedule will dictate where the tournament is by the time the first Prime Video card debuts, but if it could be the final, that would be ideal.

Rodtang, Jonathan Haggerty, Superlek, and more are all set to deliver one of the most exciting tournaments in striking history. Bringing that to Prime Video would be nothing short of amazing.

For the new fans just checking it out, their minds would be blown. Whether it is the Grand Prix or a title tilt in another division, Muay Thai deserves a seat at the table in a prime position.

The Return Of Danielle Kelly

ONE has strengthened its commitment to submission grappling, and placing Danielle Kelly on the main card would help reaffirm its commitment, grow the fanbase of the sport, and leverage Kelly’s growing star power.

The 26-year-old has a huge social media following. Leveraging her fans to bring more eyes to the sport of submission grappling is wise.

Kelly made her debut on the massive ONE X card, but she was not on the Grand Finale card. This would be a chance for her to take a step onto the main card of a huge event and perform in front of a domestic audience.

Her exciting submission skills are a fantastic addition to a hypothetical card in primetime. The trouble may be finding her the right opponent for such a marquee matchup.

The atomweight matchup between teenage star Victoria Lee and Bi Nguyen would be an excellent way to start the main card of the first Prime Video card.

Nguyen has a sizable fanbase following her stint on reality television programs around the world, including Survivor in the United States. On the other side of the coin, Lee would get a chance to test herself against another veteran of the sport.

Most importantly, however, is the matchup would be guaranteed to be exciting. Nguyen is almost always in a knockdown, drag-out battle, while Lee has shown her penchant for finishing quickly. If Lee could take Nguyen out in a similar fashion, it would be a huge boost to her stock.

The opening bout needs to be exciting, and there are no two better athletes to deliver right out of the gate. Neither Lee nor Nguyen have a problem mixing it up as soon as the bell rings, and the added pressure on both to perform should make them shine all the brighter.