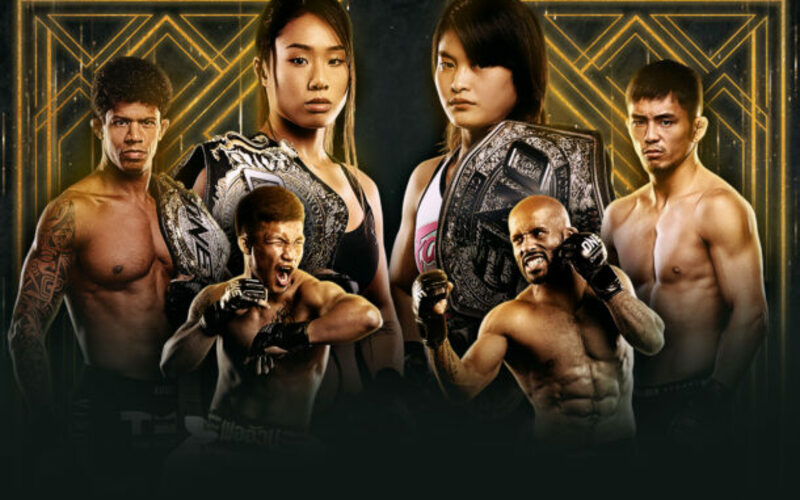 The 10-year anniversary show for ONE Championship is upon us and we will be bringing you ONE X results all event long.

The main event features a battle for the women’s atomweight world championship, as titleholder, Angela Lee takes on ONE women’s atomweight grand prix champion Stamp Fairtex. Lee (10-2) snapped back-to-back losses in her most recent bout, as she earned a fifth-round submission victory over Xiong Jin Nan. This will be her return bout after giving birth to her first child. Stamp (8-1) earned the shot at Lee’s championship after beating Rita Phogat in the grand prix finale.

The event goes down live

Check out the Part I and II stream below.

Featherweight
Tang Kai def. Kim “The Fighting God” Jae Woong via Knockout (Punch) in Round 1 at 2:07.

Part I (ONE Facebook/YouTube)

Heavyweight
“Mighty Warrior” Kang Ji Won def. Paul “King of the North” Elliott via Knockout (Punches) in Round 1 at 0:58.