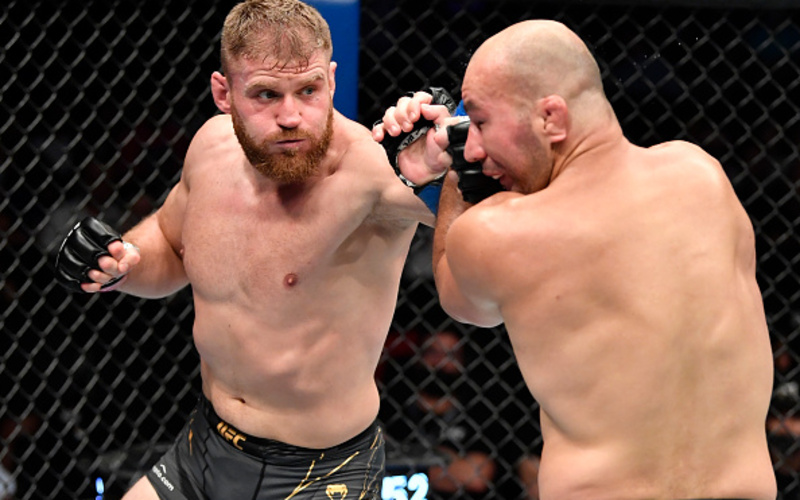 Rising contender and number three ranked Aleksandar Rakic will take on arguably the highest-level fighter he has faced when he steps into the cage against the recently-dethroned champion and No. 1-ranked Jan Blachowicz in the main event of UFC Vegas 54. Here we discuss the odds and analysis from a betting perspective.

Jan Blachowicz will try to bounce back after having his five-fight winning streak snapped and losing the UFC light heavyweight championship in convincing fashion to 42-year-old Glover Teixeira (sub Rd2, 2021) in his last contest.

Aleksandar “Rocket” Rakic will attempt to prove that he is the best European light heavyweight in the UFC, the most deserving of a title shot and why Jiri Prochazka may have refused to fight him.

If he's getting the title shot why did the UFC offer me two days ago to fight him for a #1 contender fight? 🤔

I love Czechia and your people, beer, history…
I just don't like your fake Samurai. https://t.co/ZbEVax77iP

Rakic is two inches taller and, at 30 years of age, is nine years younger than Blachowicz. He averages 4.23 significant strikes landed per minute (SLpM) with a 52 percent striking accuracy, 2.23 strikes absorbed per minute (SApM) with 52 percent striking defense, 0.75 takedowns per 15 minutes with a 25 percent takedown accuracy, 90 percent takedown defense and 0.2 submissions per 15 minutes, according to UFC Stats.

Some argue that Rakic’s only loss in the UFC, a split decision where he finished with more strikes than Volkan Oezdemir (2019), could have gone the other way. Rakic is coming off of two victories over former title challengers in Thiago Santos (UD, 2021) and Anthony Smith (UD, 2020) and holds wins over Jimi Manuwa (TKO Rd1, 2019), Devin Clark (TKO Rd1, 2018) and Justin Ledet (UD, 2018).

Narratives surrounding this match up include the perception that Blachowicz has a substantial experience advantage against higher-level, more proven competition, and that the man who touts “legendary Polish power” might have more knockout potential and a grappling advantage that could neutralize Rakic’s striking and allow him to control the match, similar to how he fought Adesanya.

Rakic backers might perceive Blachowicz as washed and too low volume to keep up with Rakic’s dynamic striking.

This contest features fighters who are heading in opposite directions, with Rakic ascending while Blachowicz appears to be approaching the twilight of his career.

Blachowicz might have a power advantage, but it’s difficult envisioning him choosing to stand and bang in the pocket with Rakic. He might try to employ a grappling heavy game plan which will not likely yield a submission but could allow him to accumulate top control and extend the contest. We would bet over 3.5 rounds as our best bet if we did not feel more confident in the side.

But Rakic has a 90 percent takedown defense and has not been taken down in the UFC since being taken down twice in his first fight against Francimar Barroso, a fight he won by unanimous decision in 2017.  Blachowicz will have a tough time taking Rakic down and even if he does, he will not find it easy to keep him down.

Blachowicz tends to be plodding and slower in his movements, and if he is unable to take or keep his opponent down, he is likely to get picked apart and damaged by Rakic’s kicks while Rakic evades Blachowicz’s lower volume of strikes, leading to a growing differential in significant strikes, a possible TKO in rounds four or five but more likely a unanimous decision for Rakic.