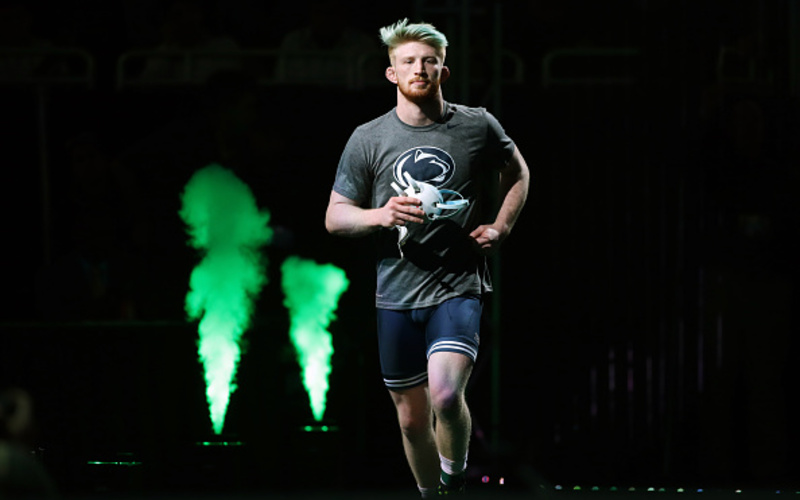 A three-time NCAA champion wrestler and 2019 Hodge Trophy winner at Penn State University, Nickal comes to MMA as one of the most dominant forces in American wrestling over the past decade. Following the end of his collegiate career in 2019, Nickal continued to wrestle, winning the U23 World Championships later that year. He last wrestled last year, making it to the finals of the US Olympic Trials before losing to fellow Penn State alumnus David Taylor, who eventually picked up Olympic gold in Tokyo.

Following the trials, Nickal switched his focus to MMA. He has been training at the esteemed American Top Team in Florida, helping Jorge Masvidal prepare for his UFC 261 title fight against Kamaru Usman. His amateur MMA debut came in September, picking up a first-round submission victory, and followed that up with a first-round knockout in November. The 26 year old will now make his professional debut for his training partner’s promotion, iKON Fighting Championship.

Standing across from Nickal in his debut will be John Noland, referred to by iKON FC as John Conner. A 36 year old Alabama native, “Ironhead” Noland has garnered a 6-3 amateur MMA record, and also has an amateur boxing victory. Half of Noland’s wins have been finishes, with two coming by submission and one by TKO, and has only been stopped once in his losses.

iKON FC 3 is set to take place on June 3 live from the Greater Richmond Convention Center in Richmond, Virginia. As with previous iKON FC events, this card will also be shown on UFC Fight Pass.