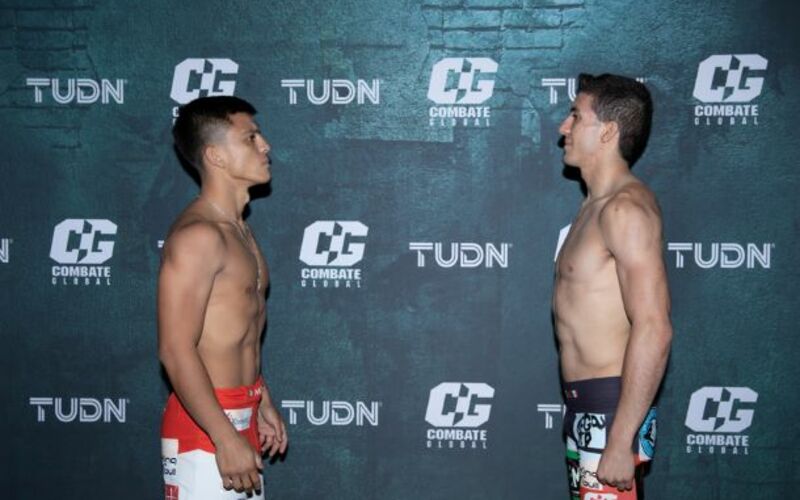 In the headliner, bantamweights Axel Osuna (3-1) and Maximiliano Gonzalez (3-1) square off in a battle between promotional returnees. Osuna has spent his entire pro career with Combate Global scoring all three of his wins by armbar. The standout grappler is a purple belt in Brazilian Jiu-Jitsu. Mexico’s Osuna was born in Guadalajara and fights out of Zapopan. The rising star does his training at Samurai FC with coaches Tito Castro and Will Peregrina. Coming off his first career loss as a pro, he looks to showcase his improved cardio and polished striking game. However, do not be surprised if he gets it done with his patented grappling.

Gonzalez returns to the patented “La Jaula” for the first time this year after a huge upset victory over quality striker Bryce Gamboa back in October at Combate Global 24, which earned Combate Global’s Comeback of the Year award. The fellow grappler is also a veteran of four pro bouts scoring all of his wins by way of submission as well. Like Osuna, Gonzalez also hails from Mexico and is a submission specialist. The 25-year-old is a Brazilian Jiu-Jitsu brown belt. As matchups between grapplers often end in striking battles, expect this one to be a chess match.

In tonight’s co-main event, Stephanie Page (6-3) takes on Caroline Gallardo (6-4) in a strawweight bout. Page makes her first appearance with Combate Global in her 10th pro fight. The five-time Muay Thai world champion is coming off a two-fight stint with Bellator which ended in a first-round TKO victory over Danni McCormack at Bellator 275. She is a vicious striker scoring knockout wins in nearly half of her victories. The France native does her training in her home country at Dojo Loctudyste and is good friends with UFC flyweight Manon Fiorot. The striker will look to stick to her bread and butter as she takes on another Combate Global veteran.

Gallardo makes her sixth walk to “La Jaula” looking for her third straight victory. The 25-year-old represents Chile and is a veteran of 10 pro bouts. She does her training at Valle Flow Striking and is a part of Team Bahamondes. Gallardo is a pleasure to watch in the cage earning half her victories by finish and only going to the judges’ scorecards four times in her career. Her well-rounded ability could take her a long way in this fight. It will be quite the battle at strawweight in tonight’s co-main event.