What the Heck is MMA Gaming? Owner Christian Nunez Explains 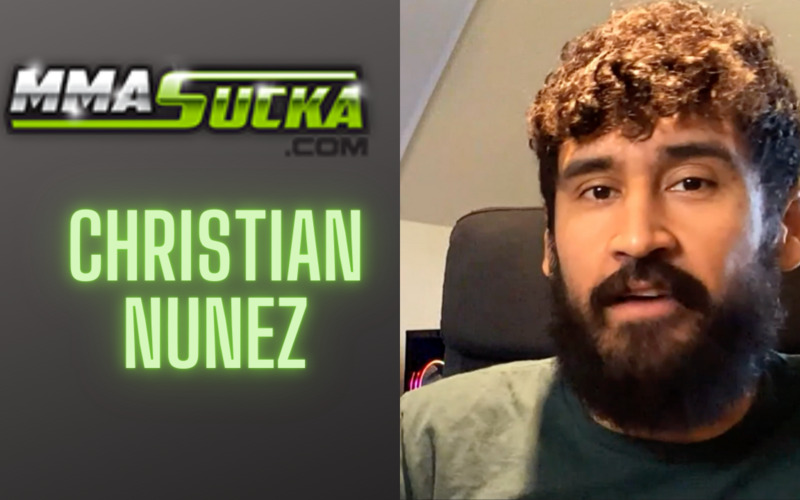 Over recent years, it’s become clear that there are plenty of MMA fighters out there who love to dabble in video games. The likes of Demetrious Johnson, Megan Anderson, and Max Holloway were at first chastised for having such a time-consuming hobby where they should be training, instead. But as more and more fighters started ‘coming out’ as gamers and even streamed gameplay on popular streaming site Twitch – Chase Hooper, Sean O’Malley – the haters quickly quieted down.

Enter, MMA Gaming. Starting out as a way to set some of his training partners up with top-notch rigs for their gaming time, owner Christian Nunez’s grew into something a lot more than he initially expected.

MMA Gaming: From Passion-Project to Start-Up

MMA Gaming, when you boil it down, is a customizable PC rig start-up that first made its rounds within the MMA community. Christian Nunez trains at Sussex County MMA in New Jersey and over the years, he realized that not only is he surrounded by talented fighters, but gaming lovers too. Nunez is a software engineer by trade, but after being approached by some of his training partners who suggested that he consider building PCs, he thought he’d have a go.

“I devised a plan to create computers with, basically, the state-of-the-art components, and to understand the gamers and their needs,” he told MMA Sucka’s Jeremy Brand. “Some gamers are Minecraft gamers, others are gonna do role-playing games like Red Dead Redemption; Grand Theft Auto. And others are first-person shooters who need the most frames per-second.”

As a software engineer, deep knowledge about hardware components that make a computer aren’t necessary. Nunez’s wife bought him a pre-build deck from a big-name store which he used to build an understanding of the hardware that makes a PC run. He quickly came to realize that while some pre-build PCs on the market are cookie-cutter and don’t consider the type of gamer that their customer may be.

“As I started realizing that there are different types of gamers, I started putting in the best components and the best parts inside these systems to match the profile of the gamer.”

At first, he built a couple of rigs, but then word got around about his top-quality builds and more members of the Sussex County gym wanted their own. Then, with the help of his fellow gym-mates, MMA Gaming was born.

Watch the rest of his interview and learn more about MMA Gaming on MMA Sucka’s YouTube channel: