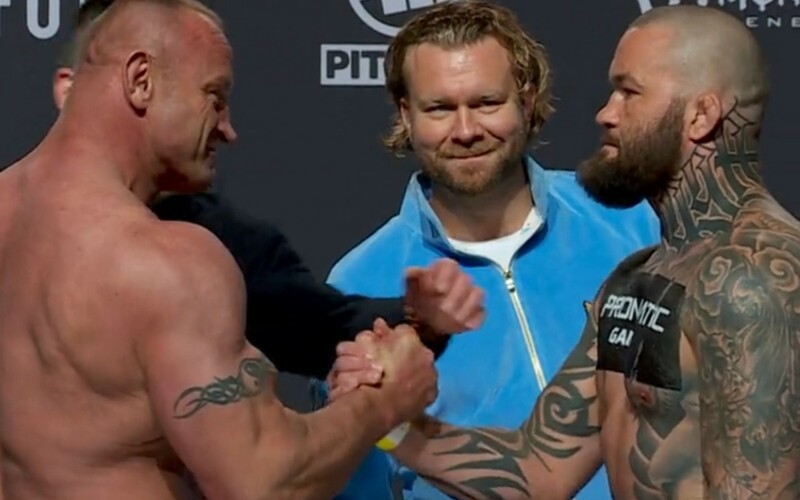 KSW is set to kick off a hot summer of action with KSW 70 set for Saturday, May 28, 2022. The event will take place in the Atlas Arena in Lodz, Poland. The event will feature two KSW Hall of Famers with Mariusz “Pudz” Pudzianowski and former middleweight champion Michal Materla. There is no doubt “Pudz” will have the size advantage as a former five-time World’s Strongest Man and Materla being known for most of his work being down at the middleweight division. The co-main event of action will feature another heavyweight clash. Set for his organizational debut, UFC and ACA veteran Daniel Omielanczuk will battle Dana White’s Contender Series alum Ricardo Prasel, who was successful in his KSW debut, knocking out Michal Kita in their first round of action at KSW 68.

According to a press release issued by KSW, all fighters weighed in and hit their mark. Here is a portion of the release from KSW along with fighter weights.

All fighters weigh-in this morning in Lodz, Poland, ahead of KSW 70 tomorrow night, Saturday, May 28, at the Atlas Arena live on www.KSWTV.com & Viaplay in selected EU regions.

Others Names To Watch

With his only loss in KSW to a former champion, Ivan Erslan also returns to action in the KSW cage as he is set to battle Rafal Kijanczuk. Proven to be a dangerous finisher throughout the world, eight of Erslan’s career 11 professional wins have come by a finish with seven of those by KO/TKO. Both of his wins in KSW have come by way of first-round knockout. Not to be done, Kijanczuk has also proven to be a dangerous striker with 10 of his 11 wins all coming by KO/TKO. He also has experience in bare-knuckle boxing and has a first-round knockout win in his debut at KSW 68 in March 2022. This matchup could easily steal the show.