UFC 275: The Underdog With the Best Chance at an Upset 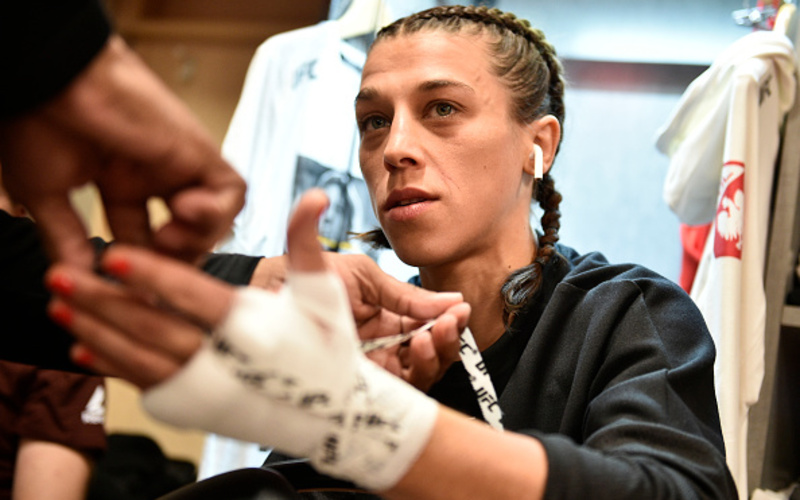 It’s June, nearly the middle of the month and we’re fast approaching our fifth UFC pay-per-view of 2022. This year, the UFC is truly back in action since they’ve not only had a sold-out show in London, but the upcoming UFC 275 brings the Octagon back onto the eastern side of the world over in Singapore.

With Glover Teixeira stepping up for his first title defense against second ranked Jiri Prochazka plus Valentina Shevchenko returns to defend her featherweight belt against Talia Santos, the Lion City will definitely have an exciting night to look forward to. But there’s one name on the card that the bookies have placed as an underdog, with the best chance at causing an upset – Joanna Jedrzekczyk.

Joanna Jedrzejczyk Back With an Upset

Fight fans haven’t seen the Polish fighter since before the pandemic hit. The former UFC Women’s Strawweight champion went up against Zhang Weili in a five-round co-main event bout for the strawweight belt which went the full 25, with the two ladies showcasing a brutal scrap. Neither wanted to back down and both were aggressive throughout.

Unfortunately for Jedrzekczyk, she didn’t manage to reclaim her belt as she lost that fight via unanimous decision. She came out of that fight with a horribly enlarged forehead thanks to the damage inflicted by her opponent. But now, it’s time for revenge and to get back on a winning streak.

Before losing her belt to Rose Namajunas in 2017, Jedrzekczyk had a clean 14 fight win streak, making her the most dominant fighter in the division – and she still is. The only losses that blemish her record are from Namajunas, Zhang, and Valentina Shevchenko, the latter of which the Polish fighter fought outside her comfort zone of the strawweight division for the vacant flyweight title.

Since then, she’s still racked up two decision wins against Michelle Waterson and Teicia Torres, both ladies looking worse for wear after the Pole was done with them.

Although the sequel fight between Jedrzekczyk and Zhang doesn’t have a belt on the line, there’s sure to be yet another bloody scrap to enjoy this coming June 11, and this time, the former strawweight champ has a great opportunity to cause one of the biggest upsets of the night.

Fans should learn how to read UFC betting odds before things really start to heat up as we approach UFC 275, there’ll be a night of upsets for sure. Going through Jedrzekczyk’s record, it’s clear that she’s more than capable of going the distance. However, she’s also more than capable of throwing devastating combos that can knock her opponents out. Her time at the famed American Top Team over the last two years should make her more than prepared to earn a dub at UFC 275.