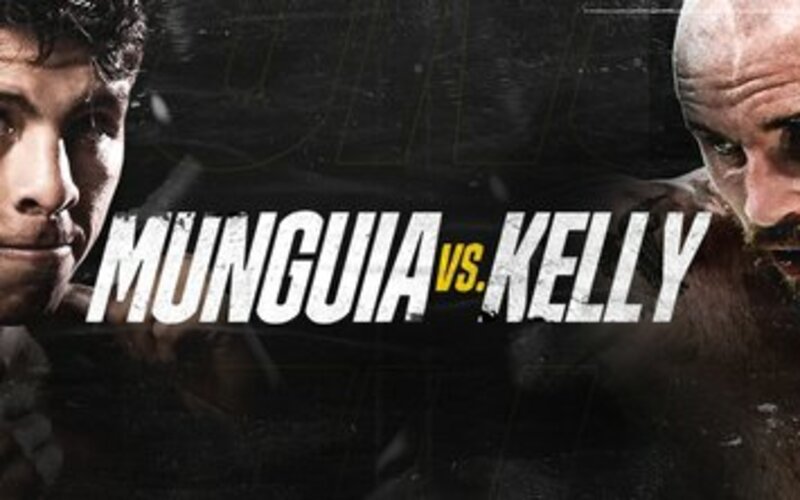 After originally negotiating a catchweight bout with former middleweight champion Daniel Jacobs only for it to fall through, Jaime Munguia had to find a new opponent for his super middleweight debut.

The 10 year veteran from England does not hold much value in terms of name power, being mainly known for his fights with Liam Smith and Dennis Hogan, losing to both fighters respectively.

What Jaime Munguia said when his fight vs. Jimmy Kelly was announced: “I am convinced that I will pass this test & be on my way to a world title soon.”
A) It’s unlikely to be a test.
B) Coulda challenged Andrade for title whenever he wanted last 2 years but avoided it. #BigFacts

However, Kelly is currently riding a three fight winning streak defeating Harry Matthews and Miguel Aguilar. Despite these wins, it did not move the needle on Kelly’s ranking as both fighters records combined for an atrocious 27-106-4. Very obviously being that Kelly’s promoters were not throwing the 29-year-old into the deep end.

It was his upset victory over Kanat Islam (28-1, 22 KO) in February that garnered heavy respect for Kelly. Defeating the Kazakhstan knockout artist by majority decision, it propelled Kelly to being the fourth ranked WBO challenger in the middleweight division.

Munguia is currently ranked as one of the top middleweights by all the sanctioning organizations. As it stands he’s ranked #1 WBO, #2 WBA, #2 WBC and #8 IBF.

After a career defining victory over Gabriel Rosado in November 2021 and a knock out against D’Mitrius Ballard in his hometown showing in Tijuana, Mexico, back in February this year, Munguia is once again out to prove he has every skill needed to be a contender, now at super middleweight.

With that being said, Munguia’s high rankings at 160 lbs. are not anything to be ignored, having the opportunities to challenge for middleweight gold against WBC champion Jermall Charlo or WBO Champion Demetrius Andrade, it is a real shame we are yet to see Munguia knock on their doors to solidify himself as a two division champion.

It is almost apparent the true fight Munguia and his team want is IBF/WBA middleweight champion Gennadiy Golovkin who would draw big money and numbers in for Munguia; however, with ‘GGG’ already locked in with his trilogy fight against Canelo Alvarez this September, it seems all but unlikely it will happen anytime this year.